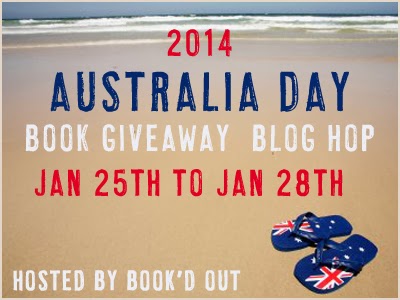 Aussies celebrate Australia Day this weekend! To give you a chance to share in the celebrations I’m offering the chance to win a Kindle version of Kate Morton’s The Shifting Fog together with an ebook version of The Golden Dice: A Tale of Ancient Rome in the AUSTRALIA DAY BOOK GIVEAWAY BLOG HOP.
As part of the blog hop, I’m delighted to interview M.K Tod, author of Unravelled on her sources of inspiration. As a bonus – M.K is also offering an ebook version of Unravelled in tandem with her interview with me – I’m bending the rules a little here as M.K is a Canadian author :0)
Make sure you visit Shelleyrae at Book’d Out to find out other blogs who are participating in the Blog Hop – more chances for you to win books by great Aussie authors! And many thanks to Shelleyrae for organising the hop:)
The AUSTRALIA DAY BOOK GIVEAWAY BLOG HOP is open for entries until Midnight January 28. Open internationally! Winners will be announced by 4 February.  To be entered into the raffle, just read M.K’s interview, comment and name the title of her next book.
What or who inspired you to first write?
My grandmother died on the way to her second wedding. I had always thought this would make a dramatic ending for a story and when I found myself living in Hong Kong with oodles of time on my hand, I decided to research my grandparents’ lives and times. Research proved seductive, as did my early attempts to create sentences, paragraphs and chapters. I fell in love with WWI and have now written three novels set in that era. 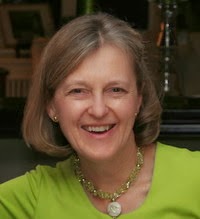 What is the inspiration for your current book?
Lies Told in Silence—the novel I am currently polishing—is the story of Helene Noisette who is sixteen when WWI begins. Believing that Germany will make straight for Paris if war occurs, Helene’s father, Henri Noisette, sends Helene along with her mother, grandmother and younger brother to northern France where he feels they will be safe from potential attack. As it turns out, Helene and her family are closer to the front lines than they would have been in Paris and experience war in a more direct fashion. After finishing Unravelled, I felt Helene’s story needed to be told and was intrigued at the thought of writing a novel that was in no way confined by family history. I also love France!
Is there a particular theme you wish to explore in this book?
Lies Told in Silenceis a coming of age story that examines love and loss, duty and sacrifice and the unexpected consequence of lies. I’ve tried to show how war affects those behind the lines, women who fear for their loved ones and who struggle to survive.
What period of history particularly inspires or interests you? Why?
Had you asked me ten years ago whether I would have become so immersed in tales set during WWI, I would have said ‘no way’ since history was never a subject I enjoyed at school and war is far too gruesome. However, as I explored, I became fascinated with understanding what my grandfather lived through. He had been in the trenches; he had been gassed; he had fought at Vimy Ridge and other battles where so many soldiers were killed. It was my grandfather who would have lost his innocence just like so many others and this realization made it personal, not abstract. Beyond that was the realization of what women went through, coping with loss, with absence, with shortages, with fear. I constantly ask myself whether I would have had the strength to do what so many of our grandparents and great grandparents did.
Now that I know more about WWI, I am awed at those who fought, at their everyday bravery and their dedication to ideals that stood at the heart of what countries like Canada stood for.
Is there a particular photo, piece of art, poetry or quote that strikes a chord with you? Why?
On my desk I have two bulletin boards where I post photos, articles and other items. At the moment these boards are tucked away because we are selling our house, however, I can tell you that I have several photos from a WWI museum my husband and I visited posted on them. Photos of soldiers walking a battlefield, the bombed out town of Ypres, a forest that has been decimated except for tree stumps, soldiers wearing gas masks. In addition, there is a photo of my grandfather in WWI uniform at the age of nineteen. 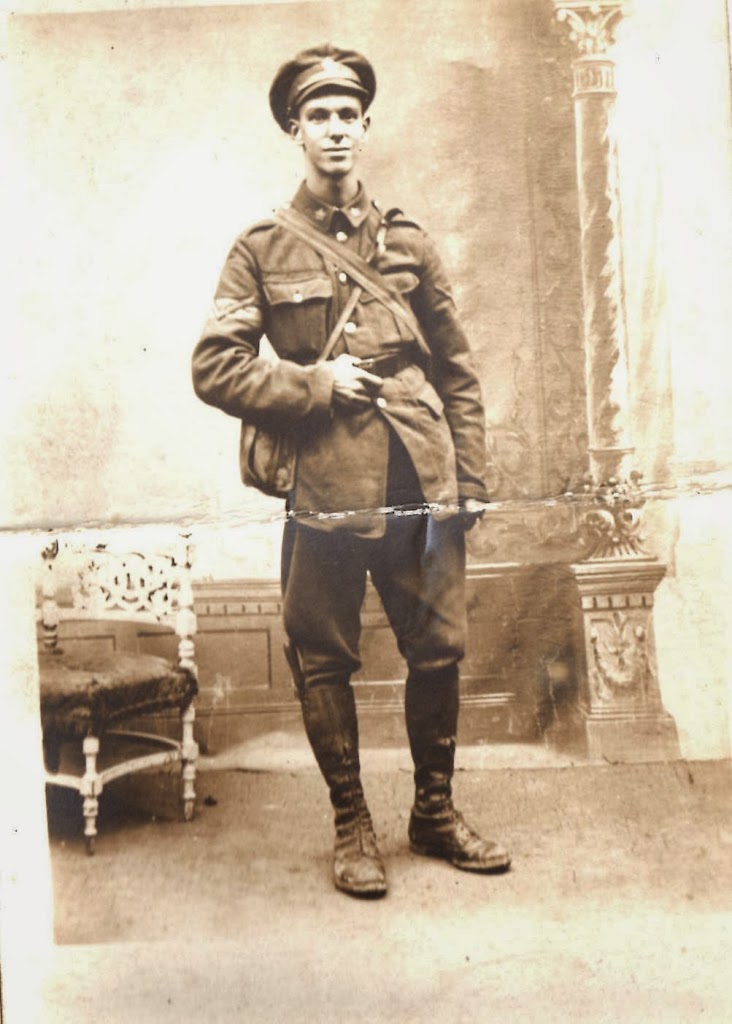 Beyond a growing collection of fiction and non-fiction books about WWI, I’ve used a number of favourite websites, the Canadian collection of World War One battalion diaries, BBC and CBC radio broadcasts, Fullbooks and Project Gutenberg, the diaries and letters of soldiers, museum visits, personal travel, Google Maps, movies, and online fashion sites.
Which authors have influenced you?
Rather than specific authors, my approach has been to read as much historical fiction as I can, learning from each author individually. I underline passages that appeal to me, and try to figure out why. I look at style, technique, phrasing, rhythm, story structure, character descriptions and so on so I can appreciate what works and what doesn’t.
What do you do if stuck for a word or a phrase?
Often I pick up a novel at random and flip through pages looking for ideas. Sometimes I open my grandmother’s book of quotations and again look for ideas. At other times, I leave my desk and do something completely different for a while. I carry a small notebook with me and jot ideas down when they strike. These can be helpful as well. As a last resort I type XXX and return to the passage later.
What advice would you give an aspiring author?
During the past two years, I’ve conducted two surveys exploring what readers think about historical fiction. Survey results offer some very interesting facts about why people read historical fiction, what detracts from their enjoyment of historical fiction and their favourite kinds of stories. I recommend the surveys as one source of advice. Like many, I’m still relatively new to creating and publishing novels, but I have discovered that marketing activities are almost as important as the writing itself so you need to take marketing seriously. I would also recommend reaching out to the community of historical fiction authors, a very supportive group of individuals who hang out on Facebook, Twitter, the Historical Novel Society and other places.
M.K Tod writes historical fiction and blogs about all aspects of the genre at A Writer of History. Her debut novel, Unravelled: Two wars. Two affairs. One marriage.is available in paperback from Amazon (US, Canada and elsewhere), and as an e-book from Amazon, Nook, Kobo, Google Play and on iTunes. Mary can be contacted on Facebook, Twitter and Goodreads.
Thanks for sharing your sources of inspiration with me, M.K.  You take on an enormous job in conducting your survey. I, for one, am very grateful for the insight into my favourite genre. Here are the results of the 2013 Historical Fiction Survey. M.K has also just released the results of the 2013 Favourite Historical Fiction Authors. 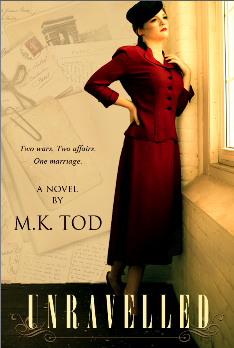 Unravelled: Two wars.Two affairs. One marriage.
In October 1935, Edward Jamieson’s memories of war and a passionate love affair resurface when an invitation to a WWI memorial ceremony arrives. Though reluctant to visit the scenes of horror he has spent years trying to forget, Edward succumbs to the unlikely possibility of discovering what happened to Helene Noisette, the woman he once pledged to marry. Travelling through the French countryside with his wife Ann, Edward sees nothing but reminders of war. After a chance encounter with Helene at the dedication ceremony, Edward’s past puts his present life in jeopardy.
When WWII erupts a few years later, Edward is quickly caught up in the world of training espionage agents, while Ann counsels grieving women and copes with the daily threats facing those she loves. And once again, secrets and war threaten the bonds of marriage.
With events unfolding in France, England and Canada, Unravelled is a compelling novel of love, duty and sacrifice set amongst the turmoil of two world wars.

Remember – to win a Kindle edition of Kate Morton’s The Shifting Fog and ebooks of The Golden Dice: A Tale of Ancient Rome and Unravelled, please comment and name the title of M.K Tod’s next book. 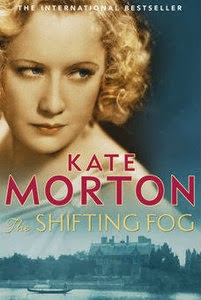 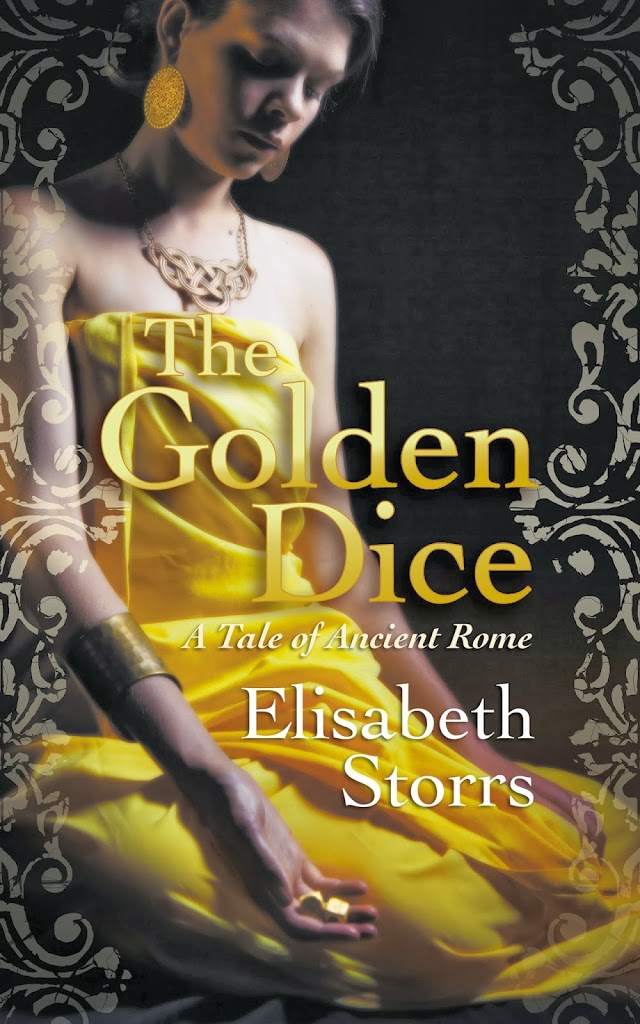 Elisabeth Storrs is the Australian author of the Tales of Ancient Rome series. Subscribe to her newsletter for news and special offers here.