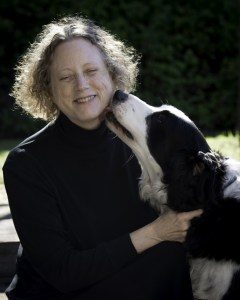 My guest today is the wonderful M Louisa Locke, USA Today Best-selling author of the Victorian San Francisco Mystery series.  She is a retired professor of U.S. and Women’s History who embarked on a second career as an historical fiction writer. The series features Annie Fuller, a boardinghouse owner and pretend clairvoyant, and Nate Dawson, a San Francisco lawyer, who together with family and friends from the O’Farrell Street boarding house investigate murders and other crimes.

Having achieved a world wide readership with her cozy mysteries, she decided to spread her wings and write a sweet coming of age science fiction series as part of an open source, multiple author Parisdisi Chronicles. I hope you enjoy Locke’s peek into her reasoning as to why the history, not the mystery, comes first when writing an historical whodunnit. You can connect with M Louisa Locke via her website, Twitter, Facebook and Bookbub.

Why the History comes before the Mystery

One of the classic conflicts that confront fictional detectives (and I assume real ones) is whether to start with a theory about who is the most logical suspect to have committed a crime and then looking for evidence to support that theory (deductive reasoning) or to start looking at the evidence and see where it leads (inductive reasoning.) For an example, see this amusing discussion of Sherlock Holmes and whether or not he used deductive or inductive reasoning.

After examining this question for a Pacific Northwest Writers Association panel I participated in last year, I realized that I am someone who prefers to start with the history. From what I learn from my historical research, I then develop the mystery (including the nature of the crime, how the crime was committed, and who did it and why they did it.)

This seems to have been my pattern from the start. I came up with the mystery at the core of Maids of Misfortune, my first Victorian San Francisco mystery, while I was working on my doctorate in history. The topic of my dissertation was women who worked in the far western United States in the end of the 19th century, and in a diary by Anna Harder, a San Francisco servant, I read how frustrated she was by the fact every week when she returned to work after her night out, the mistress would fail to get up and open the back door, as promised, leaving the poor servant sitting, shivering, on the back steps. 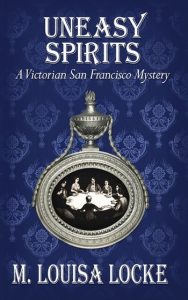 As an avid mystery reader, I couldn’t help but think that this was the perfect plot for a classic “locked door” mystery. A mystery an amateur detective would solve by going undercover as a servant. More importantly, a mystery that would give me a chance to expose a much wider audience to information about what life was really like for 19th century domestics than any monograph that might come from my dissertation research.

From that point on, with each book in my series, I start by researching a specific aspect of women’s lives in San Francisco—having no clue about what crime I am actually going to have my protagonists solve. In the case of the fourth book in my series, Deadly Proof, the subject of my research was women who worked in the printing industry in San Francisco in the 1870s and 1880s.

In the process of learning all about the female typesetters and the local companies that were run by and/or hired them in San Francisco (with the help of a wonderful book entitled Women in Printing: Northern California, 1857-1890) I found a mention of a printing press owner, Mr. Bacon, who had come under scrutiny because of accusations of unfair labor practices.

Tracking down the state labor report about Bacon, I found additional detail. Unlike most male printers in San Francisco, Mr. Bacon primarily hired very young women as typesetters, forcing them to sign apprenticeship contracts that were considered quite exploitative. These contracts stipulated that these women rent rooms in boarding houses Bacon owned and gave him the right to hold back a proportion of their wages until they completed their apprenticeships. Bacon was also accused of “interfering” with some female employees (with an echo of the modern #metoo movement), and the contract said that if a woman left his employ before the apprenticeship was completed, he could keep all their back wages. In addition, Bacon was accused of using the low wages he paid these women to undercut his competitors—driving them out of business.

From this background research came my mystery.

I now had a fictional victim (a wealthy, womanizing printer) and lots of potential suspects with perfectly good (and historically accurate) motives for wanting him dead. I even discovered the murder weapon from a catalog of typesetting tools. Deadly Proof, the result of this research, also won first place in historical mystery category of the Chanticleer Mystery and Mayhem Awards last year (and is currently free as an ebook until June 6.)

When I started research on Scholarly Pursuits, the most recent novel in my mystery series, a similar process unfolded. My only agenda at the start of my research was to take some of my series characters across the San Francisco Bay to solve a crime on the first University of California campus at Berkeley.

I was primarily curious about what life was like for female college students at a state-supported university in 1881, a time period when women made up only a third of the students in American four-year colleges.

What I did not expect was to discover that the Berkeley campus was torn by a fierce debate over whether or not to ban fraternities. In fact, if you had asked me before I embarked on the research for this book, I would have guessed that there weren’t any fraternities on such a recently-established school (which opened its doors in 1868, and located to its permanent campus at Berkeley in 1873.)

Not only were there five fraternities, but I learned that some students (some of whom started an anti-fraternity paper) blamed these fraternities for a number of problems on campus, including drunken beer bashes, the destruction of local property, brutal hazings of fellow students that resulted in a shooting and a Grand Jury report, and the publication of  “bogus program” for an annual event that was seen as so scurrilous that it resulted in mass suspensions.

What I also discovered was my mystery—and a story I would never have written if I had come to this project with a pre-conceived plot.

In short, like the detective who doesn’t want to bias their investigations by starting out with assumptions (like the spouse is always the most likely suspect, or money is at the root of all criminal activity), I have found that starting my mysteries with the history leads to richer and more unexpected plots. 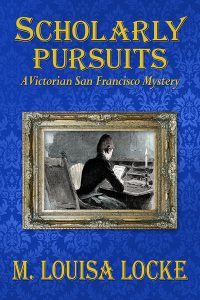 “Something is rotten in the state of Berkeley”
–1881 Blue and Gold Yearbook, University of California: Berkeley

While Annie and Nate Dawson and friends and family in the O’Farrell Street boardinghouse await a blessed event, Laura Dawson finds herself investigating why a young Berkeley student dropped out of school in the fall of 1880.

No one, including her friend Seth Timmons, thinks this is a good idea, since she is juggling a full course load with a part-time job, but she can’t let the question of what happened to her friend go unanswered. Not when it means that other young women might be in danger.

Maids of Misfortune, the first book in the series is permanently free.

Deadly Proof, the fourth book in the series, won first place in historical mystery category of the Chanticleer Mystery and Mayhem Awards last year (and is currently free as an ebook until June 6.)

Scholarly Pursuits, the sixth book in the series, like all the rest of the novels, novellas, and short stories set in Victorian San Francisco can be read as standalones.

All M Louisa Locke’s novels can be found at her website.

Many thanks Mary Lou. Wonderful essay. Deadly Proof sounds like yet another fascinating glimpse into early San Francisco history.