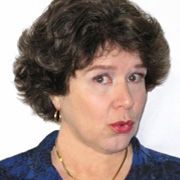 My guest today is Anna Castle who writes the Francis Bacon mystery series and the Professor & Mrs. Moriarty mystery series. She has earned a series of degrees — BA in the Classics, MS in Computer Science, and a PhD in Linguistics — and has had a corresponding series of careers — waitressing, software engineering, documentary linguist, assistant professor, and digital archivist. Writing fiction combines her lifelong love of stories and learning. 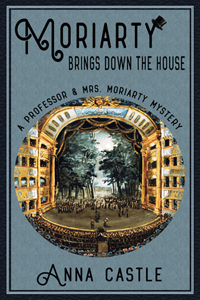 I’ve wanted to write novels since college, but never took it seriously until my late 30’s. Then I binged on Elizabeth Peters’ novels and started thinking, “Hey, I could do this.” So she’s the one who got me rolling. J.R.R. Tolkein is the foundational influence for my sense of language and story, but P.G. Wodehouse better reflects my worldview, if I can put it like that.

I’m not much good at themes, though I’m constantly trying to come up with them and stick to them. Alas, I forget about them before very long. Mostly, I come up with a crime or a villain and everything develops out of that. For the Moriartys, I like to explore the lush variety of financial crimes in the late nineteenth century. For the Bacon series, I’m usually picking up on some event that happened in his life or around him in the year of the current book. The last book, The Spymaster’s Brother, was set in 1592, which is the year Francis’s brother Anthony came home at last from France. So it’s about Anthony and his time in France. 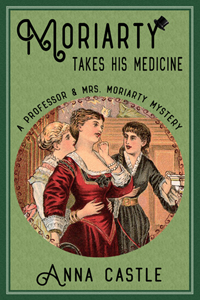 I like periods of rampant cultural transformation, like the Elizabethan period and the Victorian period. They’re full of larger-than-life characters and lots of fruitful conflict to explore. And fun costumes!

Having retired as staff from the University of Texas, I have full privileges in one of the world’s biggest research libraries. (Not to brag or anything.) I read less now that I’m well into my series. I know my two periods of interest pretty well by this time. But I’ll read everything I can find about the central issue in each new book. Usually it’s something focused like “Indians in London in the late nineteenth century,” so there isn’t much.

It typically takes me 3 months to finish the first & second draft. Then a month for content feedback, which I get from beta readers at this point. Then another month to do draft 3, get copy-editing, do draft 4, format & publish. So that’s 5 months all told.

I jump into the online OED and look for inspiration. Or I just write whatever’s in my head and let future revisions take care of it. I try not to fuss too much about language in the first couple of drafts. 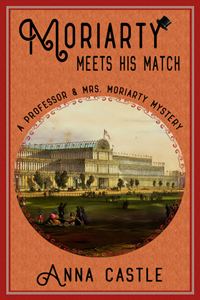 I’m orderly-minded as a rule: start a book and work until it’s finished. That’s kind of quirky for a writer :-). And I’m all done with those inner critics people moan about. Write enough books and they just shrivel away.

Ugh to both! I write in Word. Why bother to learn a new tool?

I look at portraits a lot when I’m writing. I think about the wary, “don’t-hurt-me” look on Francis Bacon’s face in his middle-aged portrait, compared to the stunningly arrogant look in his portrait at 18. Life slapped him around pretty good. 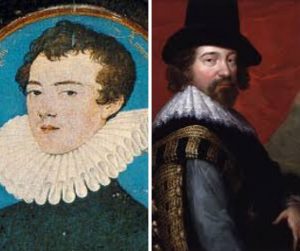 Focus on writing until you learn your craft. Story-telling is something you can learn; it doesn’t have to flow from the cosmos. Take courses, read tons of books on craft, especially about your chosen genre. Write three books, getting good critical feedback and revising each one twice, before you even start thinking about how you’re going to publish them. And for heavens’ sake, don’t worry about marketing until you have three books in the pipeline!

The next one is being copy-edited as I type these words. This is the fourth in the Professor & Moriarty mystery series, titled Moriarty Lifts the Veil. I’m including the blurb below, so I won’t belabor it here. It’ll be out March 15th.

The Moriarty mysteries are set in late Victorian times, mostly in London. My Prof. Moriarty is a good guy, but he’s willing to skirt the law if the law is unfair — especially when his wife, an actress brought up as a confidence trickster, wants him to do it.

The Francis Bacon mysteries are set in late Elizabethan times, also mostly in London. Francis Bacon reluctantly puts down his books to solve crimes in Elizabethan London, aided by Thomas Clarady, a privateer’s son who will do anything to climb into the ranks of the gentry — or up to a lady’s bedchamber. 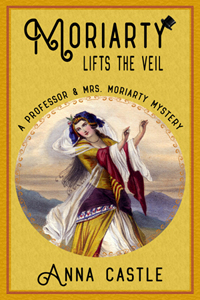 James and Angelina stave off their late summer boredom by accepting two cases: one for him, and one for her. His looks like a scheme to swindle Army veterans out of their discharge pay. Hers is finding a missing servant, an Indian ayah who was probably poached by another officer’s wife. Simple enough on both counts. But once they start asking questions, things take an ugly turn. James learns the army barracks is riddled with corruption. Angelina uncovers a vile secret in the circle of officers’ wives. When their best friend is accused of murdering an officer, the Moriartys must join forces and exercise every scrap of their ingenuity to clear his name and put the real villains behind bars.

Many thanks Anna. Good luck with your next instalment in the Moriartys series! Readers can find Moriarity Lifts the Veil on Amazon, and all the books in series here.