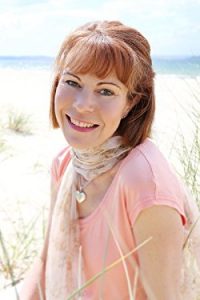 To celebrate the start of a new year, I’m pleased to interview Ella Carey. Ella is the internationally bestselling author of Paris Time Capsule, The House by the Lake, From a Paris Balcony, and Secret Shores, all published with Lake Union Publishing in the US. Paris Time Capsule has been adapted into a feature film screenplay and is agented in LA, and the novels are being translated into several European languages. Paris Time Capsule was released in Australia with Harlequin Australia in September, 2016.

Ella is a Francophile who has long been fascinated by secret, forgotten histories set in Europe’s entrancing past. She has degrees in music, majoring in classical piano, and in Arts majoring in nineteenth century women’s fiction and modern European history. Ella has recently moved to Melbourne from Hobart, Australia, with her two children and two Italian Greyhounds who are constantly mistaken for whippets. You can connect with Ella via Facebook and her website.

I’ve been making up stories since I was a young child- it’s just that I never stopped. I’ve always loved reading, and going to the library when I was little was so exciting! I loved the smell of books. My favourite book when I was young was The Secret Garden, and when I was a teenager, it was Wuthering Heights. But I think the turning point for me, in terms of wanting seriously to become a writer, was when I was studying English Lit at Adelaide University. My English lecturer, for nineteenth century women’s writing, told us all to go and just sit at Adelaide Writer’s Week for the week, sit there and listen to the authors and not come to uni…guess who took her up on that offer! I felt at home in the world of writing and writers and, as always books. I was at a crossroads as was also doing a music degree, but it was while I was at uni that I realised that I felt more at home in the writing world. As for authors who inspired me- there are too many. But, living writers at that time were Joanna Trollope, Mary Wesley, Frances Mayes and Rosamunde Pilcher, then I’ve always loved the Brontes and Jane Austen. Definitely Hemingway, particularly Fiesta and A Moveable Feast and F. Scott Fitzgerald. Around that time, I was also so moved by Jean Rhys’ Wide Sargasso Sea. 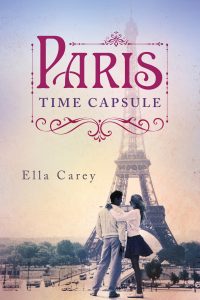 For Secret Shores, the inspiration came from a true story, which then widened into becoming interested in the real people behind that true story, and then a theme propelled me to write the novel. So, the true story was that when I was young, my mother and I were walking around Granite Island, which is a small island off the sea-side town of Victor Harbor in South Australia, when my mother told me that a young girl had fallen off one of the boulders into the Southern Ocean while sketching on a rock. She leaned down to pick up her pencil and slipped into the treacherous, wild sea below.  I think I was fascinated by the idea of this girl off sketching on her own- it seemed romantic to me, and also, perhaps it stayed with me because it was one of the first times that I realised that life could be extinguished so very quickly. Next, I was inspired by the Tom Roberts exhibition in Canberra- by this idea of artists being so sensitive to the world- I wanted to write about the way writers and artists relate to the world around themselves. Then, I was also interested in the writer Geoffrey Dutton whom my mother’s close childhood friend Ninette married. Once I’d read more about him, I went to Anlaby, the merino station where he grew up, and found that it was none other than his aunt Ethel who drowned on that rock…once I’d become involved in the history of Anlaby, I then discovered Joy Hester, a Melbourne artist who was born in the 1920s, and I started weaving my own story around these fascinating characters. I became interested in their bohemian lifestyles and the way they related to the world as artists and writers. 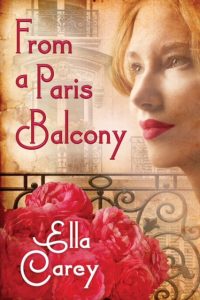 I think the first half of the twentieth century intrigues me. There was such momentous change and that time shaped our world in so many ways. My parents grew up in that landscape, and it was, in so many ways, quite different from our time, and yet, perhaps, the same. We can relate to it, and yet, it’s also… gone.

I wrote the book in around nine months. It’s extremely important to me to visit the settings in the book, so spending a weekend at Geoffrey Dutton’s ancestral home, Anlaby, due to the kindness of the current owners, was pivotal for this book. Going to Heide was too. I find that nothing beats walking where my characters walked, and feeling the atmosphere of the places they lived in is vital to me. Then, I read biographies, in this case Geoffrey Dutton’s autobiography, everything I could on Heide and Sunday Reed, along with Joy Hester, and history books about the general setting and the time. It is mostly reading physical books and looking at photographs apart from going to the places in the books that works for me. For this book, I knew Victor Harbor extremely well.

I grab my dogs and go for a walk. Or, I usually have another piece of writing on a page by my computer, and I work on that for a while. It’s usually something for me, a short story or a poem, then the word or phrase I need comes to me. It’s no use trying to think and think about it! 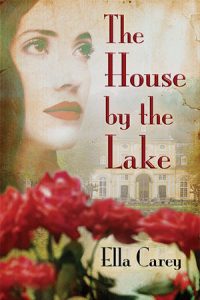 For me, ideas come to me at the oddest of times. I can wake up at two in the morning with a fully formed idea in my head. I’ve learned that if I’m relaxed, the ideas come to me, so there’s no point in being stressed. And, while I’m quite an organised person, you should see the crossings out and the mess when I write long hand! But it all makes sense to me! And I love writing in the second person, and breaking all the writing rules in the short stories I write for myself. I have hundreds of notebooks- messy ones filled with character notes and ideas and random fragments of writing.

I am going to try Scrivener. I went to Kelly Gardiner’s workshop at the Historical Novel Society Australasia conference, and it was inspiring. Yes, I do write longhand, but for me- for my own short stories. Sometimes, if I’m out and something comes to me for a current novel, I’ll write in a notebook.

When you asked me that question, I thought of Monet’s Poppy Field straightaway- it is probably of his wife Camille and their son in a field of poppies. There is something whimsical and beautiful about it- and it’s in France. 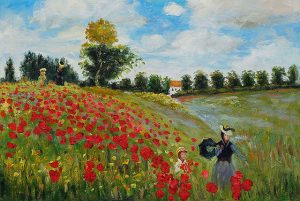 Writing is like learning a musical instrument. Think about how long it takes to learn an instrument. Keep practising!

My next book is called The Things We Don’t Say and is releasing on July 1st, 2018. It is set from 1913 to 1980 in London and Sussex. I’ve just seen the cover concepts and they are gorgeous! Here is the blurb:

Nearly sixty years ago, renowned London artist Patrick Adams painted his most famous work: a portrait of his beloved Emma Temple, a fellow bohemian with whom he shared his life. Years after Patrick’s death, ninety-year-old Emma still has the painting hanging over her bed at their country home as a testament to their love.

To Emma’s granddaughter, Laura, the portrait is also a symbol of so much to come. The masterpiece is serving as collateral to pay Laura’s tuition at a prestigious music school. Then the impossible happens when an appraiser claims the painting is a fraud. For Laura, the accusation jeopardizes her future. For Emma, it casts doubt on everything she believed about her relationship with Patrick. Laura is determined to prove that Patrick did indeed paint the portrait. Both her grandmother’s and Patrick’s legacies are worth fighting for.

As the stories of two women entwine, it’s time for Emma to summon up the past—even at the risk of revealing its unspoken secrets.

Thanks for being interviewed, Ella. Good luck with The Things We Don’t Say! I’m sure six months will fly by.

You can purchase all of Ella Carey’s books at Amazon. 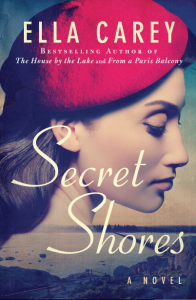 In 1946, artist Rebecca Swift’s dreams of love and a life free from convention are crashing like the waves of the Australian coast below her. And it’s into those roiling waters that she disappears.

Forty-one years later, Tess Miller’s dreams are crashing, too. The once-successful New York editor has lost her most prestigious author to the handsome new golden boy of publishing. Meanwhile, she’s stuck with Edward Russell, a washed-up Australian poet writing a novel about some obscure artist named Rebecca Swift. But Tess may have underestimated Russell. His book is not only true—it’s a searing, tragic romance and a tantalizing mystery set in a circle of postwar modernists. When Tess uncovers a long-hidden secret, she’s drawn even deeper into Rebecca’s enigmatic life and death.

As Rebecca’s past intertwines with the present, Tess finds herself falling for the last man she thought she’d ever be drawn to. On the way, she discovers the power of living an authentic life—and that transcendent love never really dies.