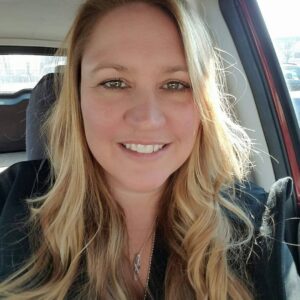 My guest this month is Heather Webb, the USA Today bestselling and award-winning author of seven historical novels. In 2015, Rodin’s Lover was a Goodread’s Top Pick, and in 2018, Last Christmas in Paris won the Women’s Fiction Writers Association STAR Award. Meet Me in Monaco, was selected as a finalist for the 2020 Goldsboro RNA award in the UK, as well as the 2019 Digital Book World’s Fiction prize. To date, Heather’s books have been translated to over a dozen languages.  She lives in New England with her family and one feisty rabbit.  Heather’s next solo novel, The Next Ship Home, is inspired by true events and reveals the dark secrets of Ellis Island as two unlikely friends challenge a corrupt system, altering their fate and the lives of the immigrants that come after them. It releases on Feb 8, 2022.

Heather’s co-written novels with Hazel Gaynor have all been published to critical acclaim. Last Christmas in Paris won the 2018 Women’s Fiction Writers Association Star Award, and Meet Me in Monaco was shortlisted for the 2020 Romantic Novelists’ Association Historical Novel award. Their latest novel is Three Words for Goodbye.

You can buy Heather’s books on Amazon. Her upcoming book, The Next Ship Home, is currently on pre-order on Amazon, Barnes & Noble and Bookshop.Org.

What or who inspired you to first write?Which authors have influenced you? 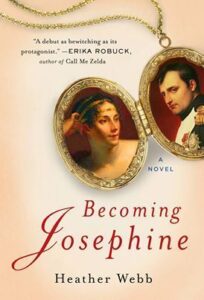 As a pre-teen and a young adult, I was a huge fan of Harlequin romances, Mary Higgins Clark mysteries, mythological stories, and a large array of British and American classics. Honestly, I read everything I could get my hands on. I was also the copy editor of my high school and university newspapers, won an essay contest two years in a row at my school that also won district-wide honors, but ironically, I didn’t see myself as a writer. It wasn’t until after resigning from my high school teaching job while raising my two little ones that I began to think of writing a book. Josephine Bonaparte appeared to me in a dream every day for more than a week and she wasn’t a person I was all that familiar with so I headed to the library, exasperated as to why I was dreaming about her, and checked out a couple of biographies. I got halfway through the first and it struck me—this woman was fascinating and led a rich and nuanced life. I had to write about her. And that did it! I started to learn how to write fiction and ended up writing my first novel, Becoming Josephine. I think Josephine chose me to tell her story.

I find history delicious to read and write in general; there’s always fascinating things to learn about social habits, tools, ways of life, etc. I enjoy looking at where we’ve come from as a society and how it tells us so much about who we are today. I do have favorite eras, however. I’d say the romantic era in Europe of the 1850s up through the interwar period of the 1920s is what I enjoy most, followed by the 18th century. That said, I do love a good book set in Africa or the Caribbean with lush world-building, or east Asia, India in particular. Frankly, if the characters draw me in, I’m there! 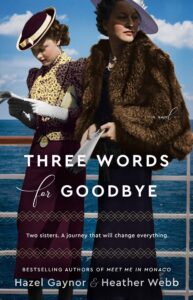 I think I use the resources that most historical novelists use; biographies, books that examine aspects of society during certain eras, documentaries, films, maps, photographs, travel. I try to visit places in person as often as possible. I adore traveling and there’s simply no substitute for spending time in a place. The sights, smells, sounds. The soul of the place. My novel that is releasing February eight was three and a half years in the making, but I also worked on a collaboration with my writing partner, Hazel Gaynor, during that time. Our novel, Three Words for Goodbye, just released in July from William Morrow.

I open a thesaurus, my favorite writerly tool since I was twelve years old.

Not really? I enjoy “teaching” through my novels so I layer them with as many details as I can without bogging down the story. I also enjoy poignant and well-placed descriptions and metaphors.

I use Microsoft Word and often take notes by hand, though I don’t write scenes that way. I will pull out a notebook from time to time when I get stuck. 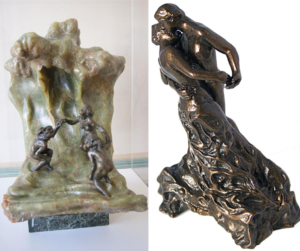 The Wave & The Waltz by Camille Claudel

Camille Claudel and Auguste Rodin are two of my favorite artists. In fact, I wrote a book about their tortured and passionate love affair and the ground-breaking works they created called Rodin’s Lover. A favorite of mine by Claudel is called The Wave made of onyx, one of the most difficult materials to work with as it’s extremely hard but also brittle. It features three women looking up as a huge wave over their heads is about to sweep them into the undertow.

She worked on this as her mind was unravelling and her relationship with Rodin was reaching its collision point before they parted for good. I also SO adore her piece called The Waltz, of two lovers dancing. It was scandalous at the time because it was said to evoke the sensation of two lovers who wish to finish “their business” in the bedroom after the dance concludes but also because it was a woman sculpting two nude figures twined together passionately. 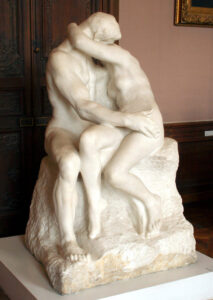 My favorite of Rodin’s is tougher to call. I think I’d say one of my favorites has to be the The Kiss, as it’s beautiful, pearly texture gleams and the passion in the piece is stunning. It was inspired by his love affair with Camille.

But I think it’s his The Burghers of Calais that I love most. It depicts six men who are marching toward their death, sacrificing their lives to the king of England so he might spare their Norman town on the coast of France. It’s a magnificent piece with nuanced detailing and gripping emotion. It was also ground-breaking because of its layout of six figures on a sort of triangular pedestal. It created an uproar first among those who commissioned a monument for it (they didn’t expect something so large or dark) and it almost did not get accepted. Several came to his aid and convinced the committee to keep the masterpiece. So many of both of their works created scandal. 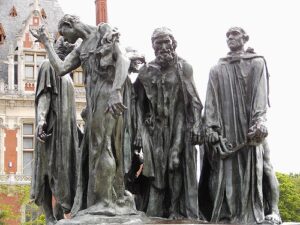 The Burghers of Calais

Aspiring writers often have the habit of starting a story (or multiple), but never finishing a complete draft. They rewrite and rewrite those first several chapters, but never make it to the middle. My advice is to finish that first draft. Move forward, even if the sentences are less than perfect. Even if you’re unsure of the direction of the story. Your first draft is an exploratory draft; one in which you’re discover what is going to happen, what you’re trying to say, who the characters are. Don’t keep going over the pages you’ve already written as chances are, the story will change and those early revisions may very will have been a waste of time. Finishing a first draft is a huge accomplishment and should be celebrated—even if it needs loads of revisions. This is normal! Just remember that you can’t revise a story that isn’t complete.

My next book is set in 1902 at Ellis Island and in the tenements of the Lower East Side (now called the East Village) in New York City. It’s inspired by true events, in which major reform was needed at the immigration station due to the unbelievable corruption happening there. In the words of my publisher: The Next Ship Home holds up a mirror to our own times, deftly questioning America’s history of prejudice and exclusion while also reminding us of our citizens’ singular determination. This is a novel of the dark secrets of Ellis Island, when entry to “the land of the free” promised a better life but often delivered something drastically different, and when immigrant strength and female friendship found ways to triumph even on the darkest days.

I was inspired to write this both when Hamilton the Musical burst onto the scene and we as a nation began to examine where we came from and who we were. This also happened to overlap with the election cycle and so many stories about immigrants arising from America’s borders. So I headed to Ellis Island and was so incredibly inspired to dig into the past, see how things were different then but alarmingly, how similar they still are today. The novel explores the bonds of friendship, acceptance and understanding of those who differ from us, the multicultural nature of the U.S., the power of language, and the concept of the American dream. 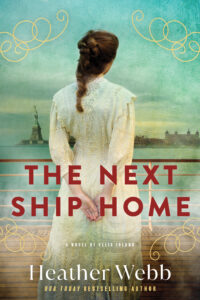 Ellis Island, 1902: Two women band together to hold America to its promise: “Give me your tired, your poor … your huddled masses yearning to breathe free…”

A young Italian woman arrives on the shores of America, her sights set on a better life. That same day, a young American woman reports to her first day of work at the immigration center. But Ellis Island isn’t a refuge for Francesca or Alma, not when ships depart every day with those who are refused entry to the country and when corruption ripples through every corridor. While Francesca resorts to desperate measures to ensure she will make it off the island, Alma fights for her dreams of becoming a translator, even as women are denied the chance.

As the two women face the misdeeds of a system known to manipulate and abuse immigrants searching for new hope in America, they form an unlikely friendship―and share a terrible secret―altering their fates and the lives of the immigrants who come after them.

Thanks so much, Heather. The Next Ship Home sounds like it combines what is essential to compelling historical fiction – the ability to transport a reader to a past world while also connecting with themes that resonate in the modern world.