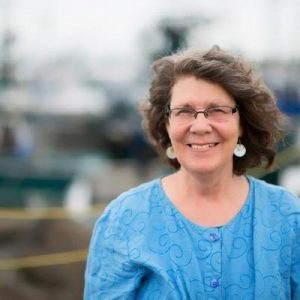 My guest today is JL Oakley who writes award-winning historical fiction that spans the mid-19th century to WW II. Her characters, who come from all walks of life, stand up for something in their own time and place. Her writing has been recognized with the 2013 Chanticleer Grand Prize, the 2014 First Place Chaucer Award, 2015 WILLA Silver Award and the 2016 Goethe Grand Prize. When not writing, she demonstrates 19th century folkways – and can churn some pretty mean butter. You can connect with her via her website, Facebook, Twitter and Pinterest. You can find all her books on Amazon.

Ha. I started writing in second grade. (Seems like a common theme with some writers) But it’s true. I think after it was after attending a movie about Edmund Hillary’s climb on Mount Everest, I was inspired to write Funny Bunny Climbs Mount Everest, complete with illustrations. I wrote a few more after that. Through school I wrote stories and essays. It wasn’t until college where I majored in history, did I begin to hone my skills in research that would become the way I prepare for writing my historical fiction and now, cozy mysteries with history. I didn’t write my first novel until I was in my forties and that came from a dream. I had never tackled a novel in my life. The novel became award-winning The Jøssing Affair.

My mom turned me on to historical fiction when I was in fifth grade. Captain Blood, The Prince of Foxes were some of her favourites, but I was also into Little House on the Prairie and other books. I think all of these were influencers. Currently, I’m enjoying Jamie Ford’s novels and Love and Ruin by Paula Mclaim. She also wrote The Paris Wife. I also read a lot of non-fiction.

I’m a University of Hawaii Manoa grad and ever since I moved to Washington State forty years ago, I have been fascinated with the history of Hawaiians living and working in the Pacific NW since early 1800. I’ve always wanted to write about them. Mist-chi-mas: A Novel of Captivity is set on San Juan Island in 1860. The island was jointly occupied by the US Army and the Royal Marines while an international water boundary dispute was solved. Since 1853, Hawaiians, Kanakas as they were called then, lived and worked on the island for the Hudson’s Bay Company, herding sheep and doing other farm activities. Kanaka Town, a real place near this HBC farm, is featured in the novel as well as several Kanaka characters.

In Mist-chi-mas, I explore the theme of captivity. Mischimas means “captive” and sometimes “slave” in Chinook Jargon, a trade language spoken in the Pacific NW during this time. There is captivity for many of the characters. Jeannie Naughton, a young Englishwoman, is captive to the norms of the period regarding women, in what they could and could not do. A woman’s reputation was everything and a whiff of scandal could ruin her. Jonas Breed, an American frontiersman, is a true mistchimas, having been captured by the Haida, a “northern” tribe that came down from the Queen Charlotte Islands in what was British America. They often terrorized local Indians and settlers alike. Breed is free at the opening of the novel. Kanakas and Coast Salish Indians are captive in their own ways to the changing landscape as Americans and British citizens grow in numbers and impose their cultures and political systems on them. Throw in smugglers dealing with whiskey and prostitution on the island and you have tension. In 1860, the Pacific NW was a genuine multi-culture melting pot. 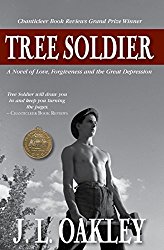 I’ve always been interested in pioneers, so Mist-chi-mas, set on San Juan Island in the Pacific NW in 1860 is an easy fit. I’m currently working on a novel set in 1864 during the American Civil War. However, the 20th century, especially the years 1900 to 1946 have been the focus of the bulk of my work. Why? Maybe because of personal stories passed down through my family. They have led me to explore the history in the times they recalled. Tree Soldier, a novel about the Depression era Civilian Conservation Corps, came out of my mom’s encounters with CCC boys up at her uncle’s Idaho ranch in 1933. A WIP set during the Civil War comes from my great-grandfather who was a Union surgeon at the Battle of Gettysburg. Sometimes it’s plain curiosity that leads me write about a period. A 1907 book, What Every Young Wife Ought to Know, got me curious about married couples in this time period when women were going for the vote, dreaming about being a “new woman” and climbing mountains in skirts. That novel is Timber Rose. The 1907 book has absolutely no useful information on what woman should know, including the wedding bed. 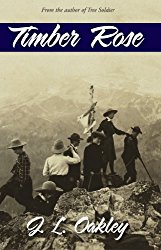 I try to read as much as I can, scouring bibliographies and primary resources. Today, good resources can be found on-line and an email to a historical society or museum can bring great results. I’ve joined Facebook groups on subjects I’m interested in. Sometimes a leap of faith to an organization can be very useful. When I needed information on hand surgery in 1946, I wrote to the National Association of Hand Surgeons and was referred to their education head. Got my character’s surgery right for the times.

I started writing Mist-chi-mas eighteen years ago. It was done in about a year and half. Then my critique suggested that I not write back and forth between two time lines and just tell it straight through with a break of twenty years in the next section. Of course, I had to explain why certain people were in the second half and how they fit into the first. In rewriting the novel, it became a richer story. A Kanaka name Kapihi was only ten years old in 1860. He is the link between 1860 and 1880.  After putting the manuscript into my editor’s hand, Mist-chi-mas was published in 2017.

Just write the scene anyway. You can always go back.

Not sure about quirky, but I do love to write about people, facts, and times that aren’t well known. Hawaiians in the NW always throw people off especially when they learn that Friday Harbor, a very popular tourist destination on San Juan Island was actually named by a Kanaka who worked for HBC, Joseph Friday. Friday’s Harbor, sailors knew in the 1850s, had a deep harbor. When they saw his lantern in his hut up on the bluff, they knew they could safely anchor.

I don’t use Scrivener. Just Word. I just learned how to use Styles in the program which makes for a very good manuscript. I often start off in long hand with pencil, especially with a new scene or chapter, then gradually put it on the computer. I print off and write by hand again when I’m out and about. The Jøssing Affair was written almost entirely by hand until I got a computer. That was twenty-six years ago. 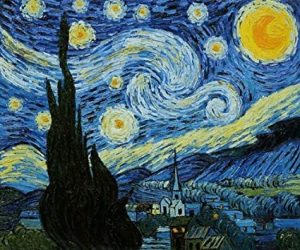 I had to think about this, but I would say ‘Starry Night’ by Van Gogh. Maybe it’s that moving song by Don Mclean that captures Van Gogh’s pain or being in Arles, France a few years ago where some of the versions of the painting were created. While there I saw where he was hospitalized for the first time. Maybe I’m drawn even more after being in Arles when our tour went down to where he was hospitalized for months, yet did some of his most iconic work. I have personal experience with mental illness in the family. It makes the painting so full of energy, so empathetic. Song and painting go together.

Don’t be afraid of being stuck with words. Write down that scene that is your head. It doesn’t matter where it fits in your story. You can find its place later. Create bios for your characters. Not just what they look like, but what they fear, their secrets, their joys. Even an object that goes with them. It’s a Hollywood thing, but readers do catch the relationship between character and object. In Mist-chi-mas it’s a thimble. In The Jøssing Affair it’s a fish hook. Just write! 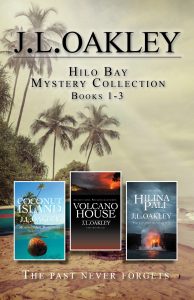 I’m working hard on the sequel to The Jøssing Affair. It’s set in Norway in 1946 and surrounds the war crimes trials. I’m about half way through what should be ACT II. I hope to have a good rough draft by October. In the meantime, I published my three Hawaiian cozy mysteries with history in April as a paperback and ebook collection. The Hilo Bay Mystery Collection novellas were originally a part of a Kindle World. With rights back and rewritten, they have been a lot of fun to put out there. A fourth novella will have to be totally reimagined. I may tackle that this summer and publish in the fall.

Many thanks, Janet. I love the fact you explore different nooks and crannies of history. 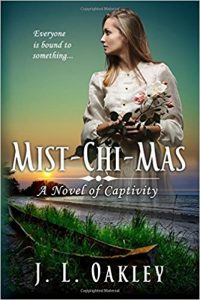 In Mist-chi-mas, everyone is bound to something.
Jeannie Naughton never intended to run away from her troubles, but in 1860, a woman’s reputation is everything. A scandal not of her own making forces her to flee England for an island in the Pacific Northwest, a territory jointly occupied by British and American military forces. At English Camp, Jeannie meets American Jonas Breed. Breed was once a captive and slave — a mistchimas — of the Haida, and still retains close ties to the Coast Salish Indians.

But the inhabitants of the island mistrust Breed for his friendship with the tribes. When one of Breed’s friends is murdered, he is quickly accused of a gruesome retaliation. Jeannie knows he’s innocent, and plans to go away with him, legitimizing their passionate affair with a marriage. But when she receives word that Breed has been killed in a fight, Jeannie’s world falls apart. Although she carries Jonas Breed’s child, she feels she has no choice but to accept a proposal from another man.

Twenty years later, Jeannie finds reason to believe that Breed may still be alive. She must embark on a journey to uncover the truth, unaware that she is stirring up an old and dangerous struggle for power and revenge…