My guest today on Triclinium is Martin Lake, author of A Dance of Pride and Peril, his wonderful new novel set in ancient Crete. Martin was born and raised in England. After graduating from the University of East Anglia, he worked as a teacher, trainer and lecturer before focusing on writing. In the past five years, he’s written ten novels, including A Love Most Dangerous and The Flame of Resistance. He now lives in the French Riviera with his wife. You can connect with Martin on Twitter @martinlake14, Facebook or via his blog where you can subscribe to his newsletter to hear more about his writing 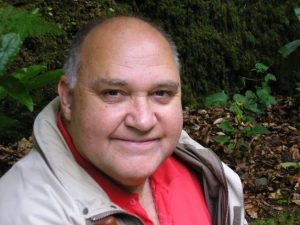 I was inspired by Mr Johnson, my first English teacher at Secondary Modern school. It was November, time for Guy Fawkes night and we were told to write a story from the point of view of a Guy. I loved writing it, despite the poor Guy burning to nothing on the bonfire. It was the first time that I realised I could do something creative.

Many of the authors I loved when young still inspire me. Henry Treece for his stirring Viking stories, JRR Tolkien for his epic grandeur, Isaac Asimov’s world-building and inventiveness, Rosemary Sutcliff’s conjuring up the past and Robert Louis Stevenson for his ability to immerse you in the tale. Later I discovered James Joyce and was astonished by his daring experiments, Christopher Priest for his writing style and through him HG Wells. In terms of historical fiction, I love George MacDonald Fraser’s Flashman books. Great sense of time and place, well researched history, a villainous character who you love to hate and page after page of excitement and pleasure. 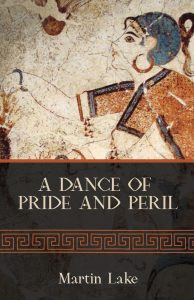 I visited the palace of Knossos in Crete many years ago and went on a guided tour. I was astonished and a little uneasy when I realised I knew the next room we were to visit before the guide announced it. Was this Deja-Vu, being in tune with the place, some guide-book I’d glimpsed years before and since forgotten or something else? I have no idea but I loved the idea of ancient Crete and writing about it was always at the back of my mind. Last year, I was waiting for a bus to go to a quiet place to edit my novel Very Like a Queen. My attention was attracted by a peculiar shape on a nearby tree. It looked like the head of a bull. I immediately thought of the bull-leapers of Crete. I did no editing that day. Instead I played around with ideas which led to A Dance of Pride and Peril.

The theme is based on the notion that Crete may have been one of the last matriarchies of Europe. What would life be like for a young woman in such distant times? What if she was not a member of the respected order? What if she was a rebel? What if she wanted to break the taboo which said that only men could leap the terrifying giant bulls?

I love most periods except for the seventeenth century; I don’t know why. I love the Anglo-Saxon period, because life then seems to have a raw, intense life and death quality. I also love the whole Bronze Age period in the Mediterranean. Every civilisation then was a vast, pulsing experiment, everything was done for the first time. It made the world of today. It’s very strange, and yet oddly familiar. 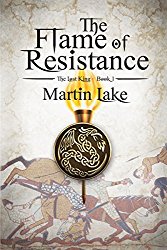 When I started A Dance of Pride and Peril I thought that I’d be able to give myself a break from too much research. That’s certainly the case with written records because the language of the Minoans has still not been translated. But I found that the sparse research materials led me to uncharted waters and I found myself trekking off in all sorts of directions. I bought a couple of books on Ancient Crete which allowed me to follow labyrinthine paths to wonderful web-sites and resources, many of them aimed at academic specialists. The most enjoyable research was a week in Crete, soaking up the atmosphere, walking the sites and discovering a restaurant which served dishes based on very old traditions. And meeting people who research shows are often directly descended from the Cretans of four thousand years ago.

I started writing the book in early November 2015 and finished the first draft at the end of April 2016. Then I reworked it until the beginning of July with final polishes until September. I find it takes about nine months for most of my novels. Rather apt for a male writer, I think. 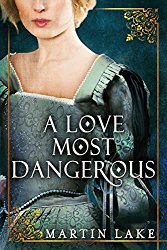 I ponder and maybe jot down some ideas on post-its which I then, invariably, mislay. In the end I type what seems good enough. Each morning I reread and tinker with what I wrote the previous day and often find a better word. In the final edit I might use a thesaurus if it’s still not quite right. Most times I like the word I had chosen just before I opened the thesaurus but I do found some words which are marked improvements.

I often get my best ideas lying in the sun or sitting in a café watching the world go by. When it comes to writing I like to get up in the small hours before the world wakes up. It’s quiet then and my ideas seem to flow better. I often enact movements or conversations between characters.

I love Scrivener although I doubt I use it to its full capacity. I love it for its flexibility, security and the fact that I can change things whenever I want yet still go back to an earlier draft if I think it’s better. I also make extensive use of Microsoft’s OneNote which allows me to capture all sorts of information and then find it even when I’ve forgotten the exact details. For editing and final polishing I use Word and an editing suite called SmartEdit.

What a good question. Three spring to mind. Two are self-portraits, one by Rembrandt, the other by Élisabeth Vigée Le Brun. I love them for their sense of honesty and integrity. The third is the fresco of a young girl picking saffron which is on the cover of A Dance of Pride and Peril. It was made three and a half thousand years ago, five hundred years after the period I set the book, and it came to represent to me my protagonist, Talita. I think it captures the wonderful sense of joy, daring and love of life that seems to be a feature of Minoan culture. 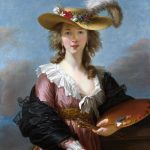 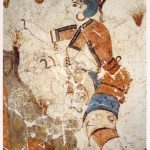 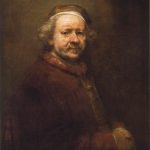 Read widely, fiction, books on writing, and things which relate to your setting whether a time period or location. Join a writing group, find the best time for you to write and learn to put your bottom in a chair and keep it there for as long as possible. 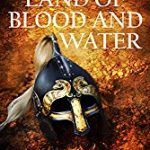 My next book is the second in my series about the two century war between the Anglo-Saxons and the Vikings. These were terrible, dreadful times with deeds of great courage, great fear and treachery. It was the crucible which made England and the English. It continues the story of the twins Ulf and Inga and their increasing involvement with King Alfred’s family, culminating in the bitter final war of Alfred’s reign. Subsequent novels will focus on how his children, Aethelflaed and Edward, began to forge a new nation.

Thanks so much for dropping by, Martin. Glad to see you’ve delved into the ancient world! I hope you’ll consider returning to Crete after continuing your Viking saga.

You’ll find a link to all Martin Lake’s books here including A Dance of Pride and Peril.

As a young woman living in the high mountains of Crete Talita knows nothing of the opulent and sophisticated civilisation developing in the cities of the coast. Yet when her uncle sells her and she is taken to the city of Mulia she determines to make the best of her new life.

Mulia is famous for its thrilling and deadly acrobatic displays, where young men face the fierce charges of giant bulls, leaping over them or dying in the attempt. Talita is sold to the owner of the arena and trains as a dancer, her job to entertain the audience and goad the raging bulls.

Yet she wants more than this. In the high mountains she had protected her flocks from bears and wolves and was undaunted by them. Now she yearns to be a bull-leaper, a profession reserved only for men.

When she realises that she has a bond with Torq, the greatest of the bulls, her ambition grows even stronger. Yet her dreams are thwarted when priests arrive from the Kingdom of Egypt and steal Torq away.

Her enemies accuse Talita of taking him and she and her lover Pellon are condemned to a hideous death. Will she find the strength and courage to escape, find Torq and prove her innocence?