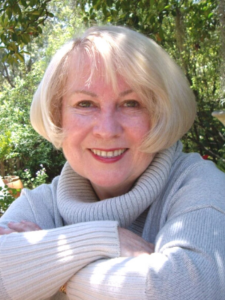 My guest this month is Kathryn Gauci, a critically acclaimed international, historical fiction author who produces strong, colourful, characters and riveting storylines. She is the recipient of numerous major international awards for her works of historical fiction. Kathryn was born in Leicestershire, England, and studied textile design at Loughborough College of Art and later at Kidderminster College of Art and Design where she specialised in carpet design and technology. After graduating, Kathryn spent a year in Vienna, Austria before moving to Greece where she worked as a carpet designer in Athens for six years. She now lives in Melbourne, Australia.

Before turning to writing full-time, Kathryn ran her own textile design studio in Melbourne for over fifteen years, work which she enjoyed tremendously as it allowed her the luxury of travelling worldwide, often taking her off the beaten track and exploring other cultures. The Embroiderer is her first novel; a culmination of those wonderful years of design and travel, and especially of those glorious years in her youth living and working in Greece. It has since been followed by more historical novels, set in both Greece and Turkey. Code Name Camille, written as part of The Darkest Hour Anthology: WWII Tales of Resistance, became a USA TODAY Bestseller in the first week of publication. The Secret of the Grand Hôtel du Lac became an Amazon Best Seller in both German and French Literature, and The Poseidon Network received The Hemingway Award 2021 – 1st Place Best in Category – Chanticleer International Book Awards (CIBA).

You can find all Kathryn’s book via her Amazon Page.

You can buy The Viennese Dressmaker here. 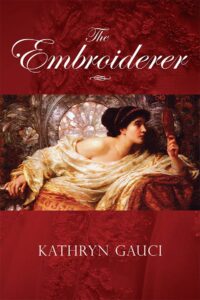 I decided to write after thirty years as a textile designer. I wanted a change that still allowed me to travel and to be creative. Writing does this as when I am not travelling physically, I am in my mind. In the beginning, I was probably influenced by writers I enjoyed reading – Charles Dickens, Nikis Kazantzakis, Louis de Bernieres, D.H. Lawrence, Phillip Kerr, and Alain Furst, to name just a few. Now that I’ve written quite a few books, I think I just write a story I would like to read myself.

What is the inspiration for your current book?Is there a particular theme you wished to explore?

The Viennese Dressmaker: A Haunting Story of Wartime Vienna, has only just been released. It spans six years, from the annexation of Austria by Germany in 1938 until the end of the war in 1945. Having lived in Vienna for a year in 1971, I sensed there was a strong pro-German feeling and wanted to explore it more. At the time, I never thought I would be a writer, but the mood during the aftermath of the war always stayed with me. During the research, I uncovered some awful truths concerning the Austrian role in WWII, the Austrian Resistance (the Cassia Network), which played a vital role in passing on important information about the armaments factories to the Allies, in particular, details about the V-1 and V-2 rockets at Peenemünde, and the Messerschmitt plants near Vienna. The research on the AmSteinhof Mental Hospital in Vienna also opened up a can of worms, particularly its role in Nazi eugenics. I also wanted to use my background as a textile designer in this novel as Viennese Women at the time were extremely stylish and cosmopolitan. Hence my protagonist is a fashion designer. 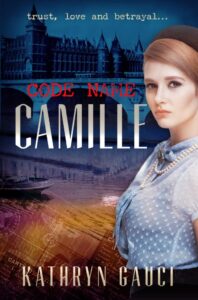 Modern history. By that I mean from the Greek War of Independence in 1821 until WWII when it relates to my novels set in Greece and Turkey, and WWII in Europe in general. Maybe it’s because it wasn’t that long ago and it still feels tangible having known family and friends who participated in these recent wars. Living in the areas I write about has helped give a sense of those times too.

The Viennese Dressmaker: A Haunting Story of WWII, took about a year. I began over two years ago but put it aside to write two other books. The research was intense for this one. As I said, I lived in Vienna, so having that sense of place wasn’t difficult, but apart from that, I am always on the internet and reading other books set in the period or area. Thank goodness for Google earth too where you can virtually drive along the roads and see the architecture and countryside. I also used quite a few Jewish sites for information too.

Either go on to something else, bake and cook – which is an outlet for me – or go for a walk. I don’t worry about it. I know it will come eventually. 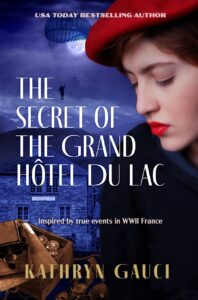 It is hard to describe your own writing style. Readers may see it differently. I do get told by readers that they always feel they are there – in the moment – breathing in the same air as my characters. That makes me happy.

I don’t use any programs. Maybe I should. I make lots of notes and always carry a notebook with me. In fact, I buy new notebooks for every book I write. I wrote quite a lot of my first book in long hand, but now I tend to go straight to the computer and see where it takes me. In a way, my writing has become more organic. 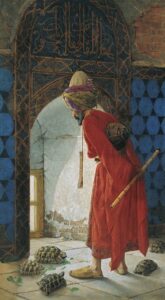 Being a designer, I have too many from all eras, but if I really had to choose, it would be the Charioteer of Delphi or the statue of Poseidon in sculpture, and in painting, The Tortoise Trainer by Osman Hamdi Bey. The first two represent all the beauty of classical Greek art, and the painting, the dying days of the Ottoman Empire.

Believe in yourself. Don’t get side-tracked, and give it 150%. Write, write, write, and read as much as you can. I would also like to add that if you want to succeed in a world where there are thousands of books coming out every year, know your genre and be ready to take on marketing and develop some business acumen. Network and join like-minded groups where you can learn. Not every author wants to do that, but it is important. 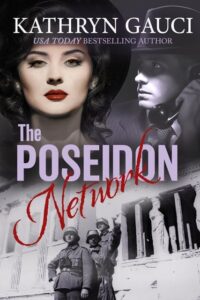 I started my WIP when the new book was being edited. It is set in WWII France – Paris, the Champagne region, and then Normandy. I am only 8,000 words into it. It is set in 1944 a few months before D-Day and ends when the Germans leave France, or at least Normandy.

THE VIENNESE DRESSMAKER- A HAUNTING STORY OF WARTIIME VIENNA

From USA TODAY Bestselling author, Kathryn Gauci, comes a powerful and unforgettable story of one woman’s incredible will to survive and protect those she loves against insurmountable odds.

“In the half-light of a new day, the city resembled a macabre scene from hell. The gay Vienna of her youth had disappeared – vanished as utterly as if it had never existed.” 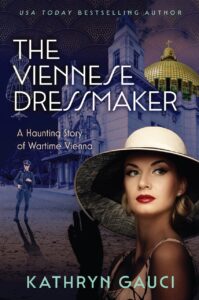 Vienna 1938: Austria’s leading couturier, Christina Lehmann, sits at the pinnacle of Viennese society. Her lover, the renowned painter, Max Hauser, is at the height of his career. But Max harbours a secret, and it is only a matter of time before the Gestapo finds out. The situation takes a dramatic turn on Kristallnacht, when the pogrom against the Austrian Jews escalates and one of Christina’s Jewish seamstresses is brutally murdered.

In order to protect both Max and her couture house, Christina begins a double life, plunging her into the shadowy world of Nazi oppression, fear, and mistrust fuelled by ancient hatreds.

As Vienna descends into chaos, hunger and disillusionment, will her deception be enough to save Max – or will it end in tragedy?

Based on actual events, this is an epic story of courage and resilience. It is the kind of book that wraps around your soul and leaves an impression.

“Brilliant and moving, The Viennese Dressmaker is a compelling and vivid portrait of wartime Vienna; a story of human relationships, and the will to survive under the shadow of the most evil power the world has ever known.” –JJ Toner, author of The Black Orchestra

Thanks so much, Kathryn. Your covers are so enticing and it’s wonderful to learn about your great love for both textile design and history – clearly you’ve woven many real threads as well as fictional ones throughout your life.

You can buy The Viennese Dressmaker here. You can find all Kathryn’s book via her Amazon Page.