My guest today is Jesse Blackadder who is fascinated by landscapes, adventurous women and very cold places. Her novel The Raven’s Heart won the Varuna HarperCollins Manuscript Development Award and was published in Australia in 2011 and in the UK, USA and Canada in 2012. Chasing the light: A novel of Antarctica,which she wrote as part of a Doctor of Creative Arts, has just been released. Jesse won the 2011-12 Australian Antarctic Arts Fellowship and the 2012 Guy Morrison Prize for Literary Journalism. She has been a writer in residence in Alaska, Antarctica, outback NSW and Byron Bay. Her first children’s novel Stay: the last dog in Antarctica is coming out in 2013, as part of the Amazing Animals series. 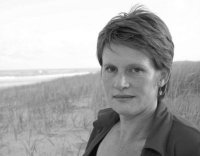 What or who inspired you to first write?
Reading, reading and more reading. I was one of those kids who read at night under the covers with a torch long after I’d been told to put the light out, and read in the day under the desk at school until the teacher asked me a question. I adored the way books transported me into other worlds. Writing seemed a natural extension of that and I wrote my first ‘novel’ at age 12 to entertain my friends.What is the inspiration for your current book?

I’m inspired by two things – landscapes and characters. This book was inspired by the power of the Antarctic landscape and what it means to people, and by the Norwegian women who travelled there in the 1930s, while women from other parts of the world were refused positions on Antarctic expeditions. Is there a particular theme you wish to explore in this book?
The impact that a place like Antarctica can have on a person – how it can be transformative, and also bring someone up against the parts of themselves they find confronting. My characters all have some idea what it will mean to them to land on Antarctica – and all of them are mistaken. 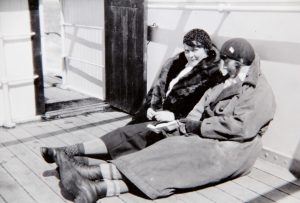 What period of history particularly inspires or interests you? Why?
I’m attracted to characters and events rather than particular periods of history – hence the 350+ year leap in time and global leap in geography between Chasing the Light (set in Antarctica in the 1930s) and my previous novel The Raven’s Heart (set in Scotland in the 1560s). However, having spent the past three years hanging out in the early twentieth century, I must say it’s a fascinating period and I expect I’ll be heading back there again soon. 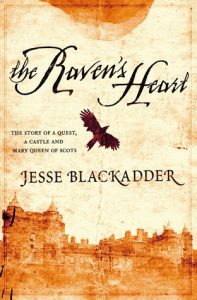 What resources do you use to research your book/s?
I’m a writer who likes to use my two feet. Walking in my character’s footsteps, in the places where the story takes place, is the most important research for me. The internet is useful for quick fact checking, but most of my other fun research happens in archives, books and through talking to people.Which authors have influenced you?
Jeannette Winterson has been a huge influence since the start of my writing life – she approached historical settings in such profoundly original, imaginative ways that you can hardly call her books ‘historical fiction’. Sarah Waters showed me that lesbian characters can be enchanting and compelling to all readers, and James Herriot’s All Creatures Great and Small books about the life of a Yorkshire vet in 1930s-50s have been a favourite since I was a teen – epitomising how an appealing, humble character can drive even a simple story.
What do you do if stuck for a word or a phrase?
Scribble in whatever comes to mind and come back to it later.
Is there a particular photo, piece of art, poetry or quote that strikes a chord with you? Why?

That varies depending on what I’m working on. There are many Antarctic quotes that I love (you can see some of them on my short video about how writers describe Antarctica at http://www.youtube.com/watch?v=rzpETZNLp28). Barry Lopez, the great nature writer, said of Antarctica “…tell those who have never visited here what it is like… even if you only say what it’s like to see the sun reflecting off the Royal Society Range… we value each gift we receive by passing it on.” 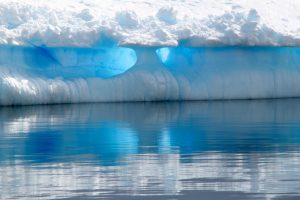 What advice would you give an aspiring author?
Write, write, write, and read, read, read.
Tell us about your next book.
I’m writing a series of junior fiction novels (for 9-12 year olds) about amazing animals. The first one, was inspired by meeting ‘Stay’ in Antarctica. Stay started life as a fibreglass seeing eye collection dog who was kidnapped from Hobart in 1981 and smuggled to Antarctica just as the last huskies were being removed permanently from the continent. Something happened to her in that process – she came to life in some way and has become a famous Antarctic character. Stay: the last dog in Antarctica is inspired by her real life adventures and in it, she is smuggled, liberated, repatriated, incarcerated and dognapped all over again, having plenty of Antarctic adventures while worrying about how to return the money she’s raised for the guide dogs. I’ll be back into adult historical fiction in a few months time. 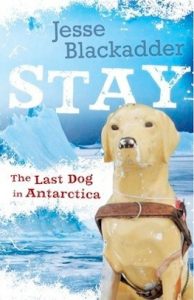 Thanks Jesse for giving us an insight into the sources of your inspiration. I’m looking forward to reading the copy of Chasing The Light you signed for me at your book launch :)

You can read more about Jesse and her books at her website. Connect with her at Facebook and Twitter – and be sure to visit her wonderful blog. 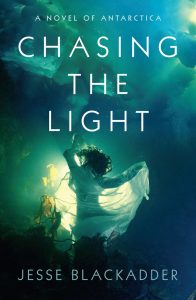 It’s the early 1930s. Antarctic open-sea whaling is booming and a territorial race for the mysterious continent is in full swing.
Aboard a ship setting sail from Cape Town carrying the Norwegian whaling magnate Lars Christensen are three women: Lillemor Rachlew, who tricked her way on to the ship and will stop at nothing to be the first woman to land on Antarctica; Mathilde Wegger, a grieving widow who’s been forced to join the trip by her calculating parents-in-law; and Lars’s wife, Ingrid Christensen, who has longed to travel to Antarctica since she was a girl and has made a daunting bargain with Lars to convince him to take her.
As they head south through icy waters, the race is on for the first woman to land on Antarctica. None of them expect the outcome and none of them know how they will be changed by their arrival.

Based on the little-known true story of the first woman to ever set foot on Antarctica, Jesse Blackadder has captured the drama, danger and magnetic pull of exploring uncharted places in our world and our minds.
PRAISE FOR JESSE BLACKADDER:
‘she posits the ephemeral nature of humans against a weighty sense of history and an ageless landscape, something she does with an incisive grace that truly elevates her story … she doesn’t hit one wrong note’ Sunday Telegraph
‘Her prose is both sexy and chaste, ruthless and tender, bringing out these elements in all her characters’ Lambda Literary