Loretta Proctor, author of The Long Shadow, Middle Watch and The Crimson Bed has tagged me in The Next Big Thing, an author’s blog hop. Loretta was born in Cairo, Egypt to an English father and Greek mother. She won prizes in the 1970’s for essays and plays, wrote specialized articles, studied psychology and worked as a counselor. Now retired to Malvern, Worcestershire, she delights in storytelling and is pleased to be a distant relation of Elizabeth Barrett-Browning. You can read her contribution to The Next Big Thing at Books and Other Things

How The Next Big Thing Blog hop works: An author answers ten questions and then tags five authors (if you are able to find them at Christmas time!) to do the same thing the following week on the same day, which in this case is a Wednesday.

Here are the answers to the ten questions.

What is the working title of your next book?
The Golden Dice is the second book in a trilogy set in Ancient Rome and Etruria. It will be released in 2013. The novel follows on from The Wedding Shroud. Once again, the fates of familiar characters will be revealed as Etruscan and Roman worlds collide in a bitter siege. In addition to Caecilia, the young protagonist of the first book, I introduce the reader to Semni – a young Etruscan girl who finds herself embroiled in the dramas of the House of Mastarna, and Pinna – a Roman grave-whore uses blackmail to escape her grim life and ultimately gain the attention of a Consular General.

Where did the idea come from for the book?
I have always been interested the Classical period of C5th – C4th BCE. Knowing that womenweren’t commemorated after death during this era, I was amazed when I saw a photograph of a casket depicting a husband and wife lying in a tender embrace upon their dining couch. I discovered that the couple were Etruscans, whose people existed in Italy from before archaic times in the areas now known as Tuscany, Umbria and Lazio. Etruria was a sophisticated society rivalling Athens. There was one major difference, though; the Etruscans granted independence, education and sexual freedom to their women. As a result they were considered wicked, decadent and corrupt by the rest of the ancient world.
When I decided to write about the Etruscans I thought it would have more impact if I could compare their sophisticated civilisation to Rome’s (which was still a tribal society scrapping with its Latin neighbours). That is when I learned of the little known story of the war between Rome and the Etruscan city of Veii. These cities were located only twelve miles across the Tiber River and were sworn enemies. It intrigued me that just by crossing a strip of water you could move from the equivalent of the Dark Ages into something similar to the Renaissance. The Wedding Shroud is set in the lead up to the war. The Golden Dice takes up the story seven years later at the height of the siege. 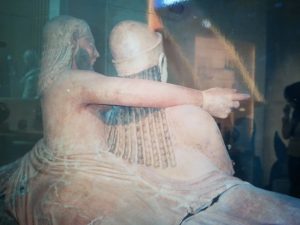 What genre does your book fall under?

What actors would you choose to play the part of your characters in a movie rendition?
Strangely enough I have an image in my mind’s eye of my characters and it would be difficult for me to cast actors to play them. I think I’d end up fighting with the director as to whom to choose! However, I see an opportunity for three young actresses to secure debut performances playing Caecilia, Semni and Pinna. One thing I know is that Mastarna has to have Russell Crowe’s voice!
What is the one-sentence synopsis of your book?
Against the backdrop of a conflict between two implacable enemies of the ancient world, three women who are loyal to very different cultures must find courage to survive a ten year siege.
Will your book be self-published or represented by an agency?
I am represented in Australia by The Naher Agency but will be independently publishing the e-book of The Golden Dice in all territories in 2013. I’ve been encouraged because the e-book of The Wedding Shroud rose to the top 10 on the Amazon historical fiction popularity list. So going ‘indie’ has worked there.
How long did it take you to write the first draft of the manuscript?
It took me 12 months to write the first draft of The Golden Dice, then I revised it for another 6 months. It was a completely different experience to writing The Wedding Shroud which took ten years!
What other books would you compare this story to within your genre?
I like to think my writing is similar to that of Tracy Chevalier or Sarah Dunant even though my novels are set in ancient Rome. I like the way those authors explore a character’s psyche while instilling a sense of historical place. If you like Kate Quinn or Michelle Moran’s books, then you might also like The Wedding Shroud or The Golden Dice.

Who or what inspired you to write this book?

As I mentioned above, Etruscan art inspired the trilogy. In fact whenever I’m stuck for ideas, I always turn to the beautiful images of the life loving Etruscans. The author who most inspired me to write historical fiction was Mary Renault. If only I could write prose like hers! 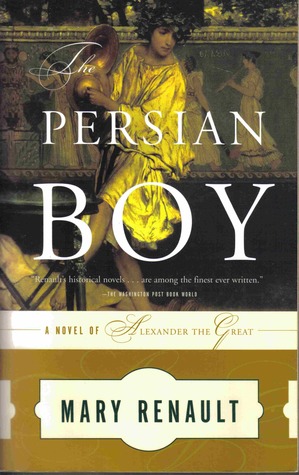 What else about the book might pique the reader’s interest?

The Wedding Shroud explores sexuality in the ancient world together with the politics of Rome and Etruria. I continue to delve into these subjects in The Golden Dice. Also, the Etruscans practised a sophisticated religion that raised the art of prophecy to a science. The reader might be interested to learn how these societies relied on a pantheon of gods to determine their destinies.

Authors who I have tagged are:
Colin Falconer is the author of so many books that I refer you to his Goodreads page for his entire bibliography. His most recent book is Stigmatawhich introduces the reader to the Cathars of C13th France. Born in north London, Colin worked for many years in TV and radio and freelanced for many of Australia’s leading newspapers and magazines. He has been a novelist for the last twenty years, with his work published widely in the UK, US and Europe and translated into nearly twenty languages.Colin blogs at Looking for Mr Good Story.
Diane Ascroft, author of Dancing Shadows, Tramping Hooves: A Short Story Collection and Hitler and Mars Bars, loves to lose herself in the past, particularly in stories set in Ireland and Scotland. Dancing Shadows, Tramping Hooves includes tales of outsiders who discover they belong, a humorous slice of life yarn, heartwarming love stories and a tale of taming fear. The shadows are on the wall, in the heart and clouding a woman’s memories while tangible foes tramp through the physical landscape.
Amazon: Dancing Shadows, Tramping Hooves &  Hitler and Mars Bars
Ascroft, eh? Blog
Dianne’s Facebook
Diane’s Website;

Author and playwright, Wendy J. Dunn is obsessed with Tudor History. Her first published novel, the award-winning “Dear Heart, How Like You This?” is described as “one of the best novels ever written about Anne Boleyn’s life.”

After completing her Masters in Writing at Swinburne University in 2009, Wendy took up a position as a sessional tutor in Writing. She became a PhD Candidate in August, 2010. Of course, the artefact for her PhD is another Tudor novel, this time a YA novel that revisits Anne Boleyn in the last months of her life.
Wendy’s wordpress site:Reviews of her first novel:
What we do for the sake of fiction:
Speaking the Silences: Writing, advocacy and enabling voice: