How do historical novelists research their stories? This is a common question asked of me. I thought I’d take the opportunity to explore this question with Dusk Peterson who runs Historicalfic: Historical Research for Fiction Writers. Over to Dusk….

When I started a Twitter account to accompany my historical research services for fiction writers, I was curious how my fellow authors of historical genres go about their business. I soon learned that historical novelists are imaginative in their pursuits of the past.

Many authors start by reading historians’ accounts. “Research is so much fun that as soon as [a new book] comes out I’m straight in the shops and buying that [because] it might offer an interesting new angle on some aspect [of] ancient Rome that I wasn’t previously aware of,” says Simon Scarrow. 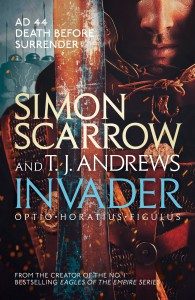 Most novelists agree, though, that it’s also important to examine books from the past. “I look for period costumes in pattern books and magazines of the times,” says children’s novelist Caroline Starr Rose. “But my favorite resource, depending upon the era, is period newspapers. . . . From those I can harvest a feeling for what people were dreaming about – what they wanted, aspired to acquire, and how much that might cost.”

“I like reading letters and diaries to get as close as I can to the speaking voices of these people,” says Nancy Horan. “I sometimes weave actual quotes into the dialogue.”

Caroline Lawrence, who writes children’s historical mysteries, goes even further in her dialogue research, reporting, “I also listen to audiobooks to get the speech rhythms right, just as I’d listen to some language podcasts before going to Italy or France.” 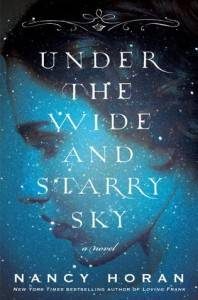 Sometimes it’s necessary to examine manuscripts and other unpublished documents. “There’s something magical about scouring through meters of racks, drawers and file folders until you find an interesting or odd snippet of information recorded long ago which helps a character or story truly come to life,” says Jennifer S. Alderson, who visited the Amsterdam City Archives in order to research a mystery novel about historical art.

The host of this blog, Elisabeth Storrs, used historical art as her inspiration. The Wedding Shroud, she says, “was inspired after finding a photo of a C6th BC sarcophagus depicting a husband and wife embracing on a divan. I knew it was extremely unusual to commemorate women in funerary art during that period so I was intrigued to find out what society would portray both a man and a woman in such a sensuous pose. The answer led me to the Etruscans.”

Getting your hands dirty

Some authors feel that just staring at a screen or a piece of paper isn’t enough. When YA novelist Gigi Amateau needed to know about eighteenth-century blacksmiths for her novel Come August, Come Freedom, she took classes in blacksmithing and metalworking. “I made two copper bracelets and one sharp pointy thing,” she reported. “And got a few blisters and burns!”

Victoria Strauss agrees about the importance of knowing historical objects. “If you’re going to write about a blacksmith, it doesn’t matter whether he’s smithing in medieval Europe or in your own invented version of a pre-industrial society – you’d better know how a forge works.”

Some of this get-to-know-the-object research can be especially fun for the author, if not necessarily for their family. YA novelist Katharine Edgar describes “an experimental approach to research . . . also known as ‘Making your children eat historical food’, or ‘Please, Mum, not Roman bread again!'”

“I find that there is a kind of research that is even more important than archival research: it’s what you might call place-based or sensory research,” says Tim Weed. He likes to visit landscapes. “Because nature is relatively unchanging, landscape descriptions transcend time; they provide us with a reliable, scenic, and well-built bridge to the past.”

Eileen Haavik McIntire, who writes historical adventure and cozy mystery novels, explores cemeteries for clues. She says, “In an old cemetery in St. Augustine, FL, I noticed many graves with the year of death as 1918, the time of the terrible influenza epidemic that killed so many people.” 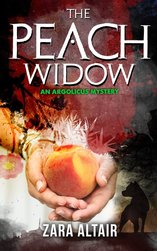 Location research can provide authors with concrete information for their novels. When Zara Altair visited Ravenna to research her historical mystery series set in sixth-century Italy, she “noted down times to walk between various places in the city in order to get a feel for how the protagonist, Argolicus, would get from place to place. When a character moves from place to place in the city I may not write, ‘Ten minutes later he arrived at the palace.’ But I may know how long a conversation will last before the character arrives at the palace door and the conversation ends.”

Lose yourself in museums

And of course there are museums. “Curiously, I needed to find out how cricket was played in 1817,” says Bernard Cornwell about his historical adventure novel Gallows Thief. “Then, by a sheer stroke of luck, a television company wanted me to go over and appear on a This Is Your Life program and they were going to fly me over and I got them to give me an extra day and I went down to the cricket museum and spent a day with the curator and got everything I needed.” 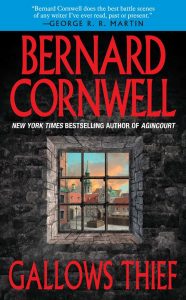 As for me, I’ve done much of the above when researching my alternate history novels, but I’ve also spent a lot more time than I’d ever have imagined using data and charts to research historical weather, sunrises and moonsets, and water depths. Sometimes I’m tempted to give up, figuring that the reader will never know otherwise if I place a wharf in a location that wouldn’t be able to handle an ocean steamer. Then I remember what Geoffrey Trease said about one of his children’s novels: “A whole chapter of Thunder of Valmy had to be rewritten when I discovered by chance that a certain morning at Versailles in May, 1789, had been grey and drizzly, not sunny as I had first pictured it. What does it matter, a pedantic detail like that? Just as much, or as little, as the workmanship which old-time sculptors and carvers put into figures so far from the ground that no human eye would ever appreciate it.”

Many thanks Dusk. Great insights from some wonderful authors!

nterested in learning the inspiration behind other novels? Subscribe to my Monthly Inspiration newsletter for giveaways and history – both trivia and the serious stuff! You’ll also receive an 80 page free short story Dying for Rome -Lucretia’s Tale.