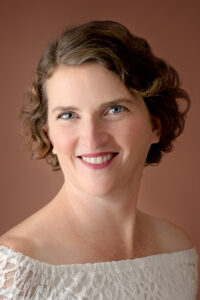 My guest this month is Elizabeth Blackwell. As the daughter of a U.S. diplomat, Elizabeth grew up in Washington, D.C., Africa, the Middle East and Italy. She studied history in college and later received a master’s degree in journalism. In her varied career, she has worked as a restaurant hostess, waitress, TV station receptionist, medical school secretary, magazine editor and freelance writer. Book author is her favorite job by far. Elizabeth lives in the Chicago suburbs with her family and stacks of books on her nightstand.

You can find all of Elizabeth Blackwell’s book on her Amazon Page.

I was raised by parents who loved to read, so that was a good start, but I didn’t think of myself as a writer for a long time. It seemed like something you could only do if you were brilliant and had the right connections. It wasn’t until my mid-20s that I got the confidence to try writing a novel—and it took many years after that to get my first book published.

I grew up reading Susan Howatch and Victoria Holt, who both showed me that historical fiction could exciting and dramatic. I’m also a big fan of Sarah Waters and Laura Purcell, whose books are such a rich mix of suspense and historical atmosphere. 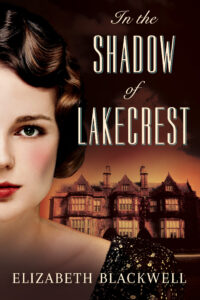 My current book, Red Mistress, was inspired by my long-time interest in the Russian Revolution. At a very basic level, I wanted to understand what it would be like to see your whole world change in a matter of weeks. My main character, Nadia, comes from a privileged family, loses everything, and has to reinvent herself multiple times to survive. Many elements in her story were taken directly from historical accounts, so I think that became my underlying theme: what does it take to survive in desperate circumstances? What are the qualities that make a difference?

I love to read about most eras, from ancient Greece and Rome to the Middle Ages to the 20th century. However, most of the books I’ve written have been set in 1910s-1930s. There were so many interesting social changes going on at the time—plus I’m just personally drawn to that era’s fashions and culture. I use a lot of vintage photos for inspiration as I’m writing.

For Red Mistress, the initial research was very intimidating: there are hundreds of books about the Russian Revolution! The key was to find a few that gave me a basic grounding in the facts, to get started. One of the very best resources was memoirs written by people who’d escaped to Europe or the U.S. after the Communists took over. They had incredible stories of near-starvation and courage, and I used many of those details in the book (for example: how much food you could get in trade for a pillow or coat). The book took about a year and a half to write, including weeks where I did no writing at all and thought to myself, “I WILL NEVER FINISH THIS!” 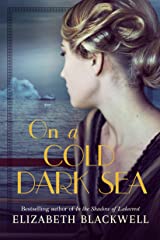 When you’ve got that writer flow going, you don’t want to slow it down by hunting through a thesaurus. So I’ll use “placeholder” text, which is can be literally, “Blah blah blah” or instructions like “Come up with better description later.” Sometimes, I’ll insert notes to myself, like “MAKE THIS MORE EXCITING” (yes, in all caps), and then I’ll get annoyed at myself months later when I’m revising and realize I have to actually create some excitement.

I don’t have an answer for this one—nothing quirky comes to mind!

My writing process is very basic: I type everything in a Microsoft Word document. No writing programs, no elaborate outlines, no longhand. For each book, I do keep a little journal where I write notes to myself—either details from my research, or my characters’ birthdates, ages, etc. It always ends up a bit of a mess, but it’s the system that works for me. 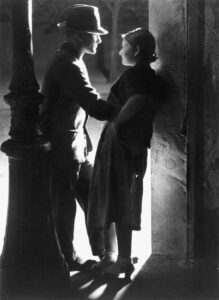 A photo that really inspired me as I wrote Red Mistress was “Lovers Under a Street Lamp” by Brassai. I love the lighting and the mood it creates. I even wrote a scene based on that picture, when my heroine Nadia is in Paris with…. well, you’ll have to read the book to find out!

One: It’s never too late to start. Two: every well-known writer has failed at some point, so persistence is key. Three: It often takes a few false starts before you “find” your book. Learn to embrace rewriting and revisions.

I’m currently working on a book about a 1970s rock band finishing up their album in a rundown country mansion, where people start dying. It’s more suspense-driven than my other books, so it’s almost like I’ve had to re-learn how to write. But I liked the idea of pushing myself to try something new. 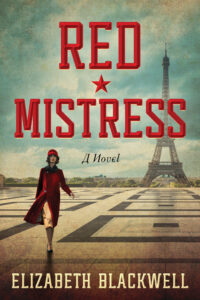 In the spring of 1914, Nadia Shulkina, the daughter of Russian aristocrats, looks toward a bright future. She has no premonitions of war, let alone the revolution that is about to destroy her comfortable world.

Her once-noble family is stripped of every possession, and more terrible losses soon follow. To save what’s left of her family and future, Nadia marries a zealous Bolshevik in an act of calculated reinvention.

It won’t be her last.

When she agrees to work undercover for the Soviets in 1920s Paris, Nadia is drawn into a beautiful yet treacherous world of secrets and deceit. Beset by conflicting loyalties and tested by a forbidden love affair, she becomes embroiled in a conspiracy that ends with a shocking murder. What chances will she take to determine her own fate?

Thanks Elizabeth. I’m  a great fan of Susan Howatch, too. It brought back good memories to read your answers.