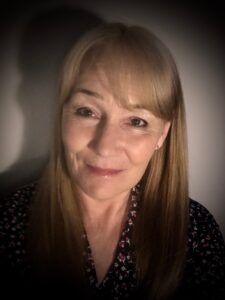 My guest this month is acclaimed number 1 bestselling author, Fiona Valpy, whose books have been translated into more than twenty-five different languages worldwide. She draws inspiration from the stories of strong women, especially during the years of World War II. Her meticulous historical research enriches her writing with an evocative sense of time and place. She spent seven years living in France, having moved there from the UK in 2007, before returning to live in Scotland. Her love for both of these countries, their people and their histories, has found its way into the historical novels she’s written such as The Beekeeper’s Secret, The Skylark’s Promise, Sea of Memories and The Dressmaker’s Gift. Her most recent novel is The Storyteller of Casablanca.

You can find a list of all Fiona’s books on her Amazon page. Buy The Storyteller of Casablanca here.

From early childhood I’d always been an avid reader and lived in a home filled with books. Often, I would finish a book and think ‘I wish I could have written that!’, but all my time was filled with my career and motherhood until I made a move to live in France. There, I found both the inspiration and the time to write my first books. Now I can’t imagine my life without my writing.

I still read avidly and usually have several novels on the go at once. I’ve definitely drawn inspiration from my favourite authors and there are many that I’d put on my list… Barbara Kingsolver, Anita Shreve, Annie Proulx, Anne Tyler, John Steinbeck, George Eliot, Jane Austen, Elena Ferrante… 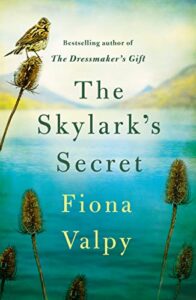 I’ve included storytelling in many different forms in the book – there’s everything from Charlotte Bronte’s Jane Eyre and the murder-mysteries of Dorothy L. Sayers, La Fontaine’s Fables, and traditional African and Berber Folk Stories, to the Tales from the Thousand and One Nights. It’s one of the key themes of the book. I wanted to explore how the stories we tell are such an important part of our history and at the same time can inspire and shape our future, as well as illustrating the common ground between different cultures in the past and the present. There’s a universality in the human need to tell our stories and make our voices heard that transcends borders, cultures, race, religion, age and gender.

I’ve written several books set during World War 2. It’s a combination of factors that draw me to that era, I think. It’s still just within living memory for some, although of course that generation is slipping away fast and so there’s a sense of urgency in recording their first-hand testimonies and making sure their voices will still be heard as the years go by. We’ve also reached new milestones in terms of documents being de-classified and information released, allowing previously unknown facts to come to light and enabling new interpretations of some wartime events.

Individual stories of courage and resilience from the war years can be hugely inspirational. While subsequent generations have been fortunate to live in a time of peace, life can still be challenging and I believe we can learn a great deal from understanding how others have suffered and faced up to difficulties. Women in particular often feel disempowered and can struggle to find their identity and make their voices heard. This was particularly true in the past, but it still applies today. In some ways, the war gave women an opportunity to break free of the limitations society placed on them and prove themselves in new ways, playing their part in the fight against oppression.

I believe women are incredibly resilient and have qualities that are absolutely vital in today’s world – not just strength and endurance but also kindness and compassion. I hope my books help women to see themselves in this light. 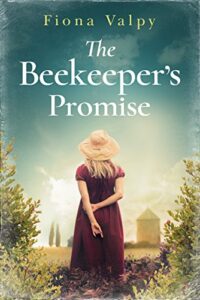 I’d organised a research trip to Morocco but the global pandemic stymied those plans. So I had to find other ways to fill in the gaps and ensure I could still transport the reader to that other time and place. I studied travel guides and pored over maps, but also read more widely around my subject, including novels by Driss ChraÏbi (The Simple Past), Paul Bowles (The Sheltering Sky) and Anthony Doerr’s Africa-based short stories (The Shell Collector). Meredith Hindley’s book Destination Casablanca offered a wealth of insight into the city during the war years and Hal Vaughan’s FDR’s 12 Apostles was a useful source of detail about the establishment of espionage networks in North Africa prior to the US invasion in November 1943.

Videos on YouTube helped me to visit the sights and souks, and the internet offered up additional information on some of the real-life historical characters that appear in the book, including the inspirational Josephine Baker and Hélêne Cazês-Bénatar. Other such characters, like Dorothy Ellis, proved to be frustratingly elusive despite all my research efforts though, so I hope I have done her justice.

It took me about a year to complete my first draft. It was mainly written during lockdown, so it was a great way to ‘escape’.

I go to my trusty Thesaurus and try a few different options on for size. If that doesn’t help then I’ll get up and go for a walk. I find walking is a great way to get my brain working and turning my attention to something else often means ideas and phrases fall into place.

I still write the first drafts of my manuscripts the old fashioned way, with a pen and a notepad. 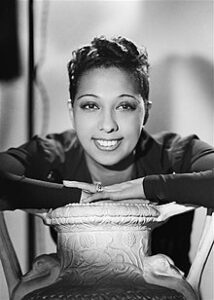 I don’t use any writing programs other than Word. Transcribing what I’ve written longhand is an important part of my editing process and I make changes as I go, then revisit and re-edit several times over.

This photo of Josephine Baker was a big inspiration in writing The Storyteller of Casablanca. She is just one of the real-life characters that feature in the novel. She was an incredible woman, a barrier-breaking African American singer and dancer. She made the journey to North Africa when the Nazis took control of Paris, nailing a sign to the door of the Folies-Bergère which read ‘Access Forbidden to Dogs and Jews’. But Josephine refused to be cowed and spent the following years using her talents as an entertainer as cover for her work as a French resistance agent, carrying messages written in invisible ink on sheets of music back and forth between Morocco and Portugal. Her efforts provided invaluable information about conditions on the ground to the Free French under General de Gaulle and helped with the co-ordination of resistance activities in the run-up to Operation TORCH – the American invasion in 1942, which established an Allied bridgehead into Europe.

During the remaining years of the war, she travelled around North Africa and Italy performing for the Allied troops and helping to raise more than three million francs for the Free French. She was made a sublieutenant by the Women’s Auxiliary wing of the French air force, was awarded the Medal of Resistance and the Croix de Guerre, and was made a Chevalier of the Légion d’honneur by de Gaulle.

Remember, the ones who make it are the ones who never gave up. It takes a lot of determination – the world of publishing is a tough one. It’s a paradox, but cultivate resilience and the hide of a rhinoceros to protect the sensitivity within that writers still need.

I’m working on a novel set in Italy during World War 2 at the moment, as well as revising my first three books (The French for… series of contemporary novels) which are to be re-issued in the coming year, so my writing continues to keep me busy. 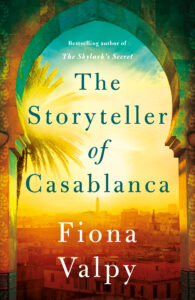 In this evocative tale from the bestselling author of The Dressmaker’s Gift, a strange new city offers a young girl hope. Can it also offer a lost soul a second chance?

Morocco, 1941. With France having fallen to Nazi occupation, twelve-year-old Josie has fled with her family to Casablanca, where they await safe passage to America. Life here is as intense as the sun, every sight, smell and sound overwhelming to the senses in a city filled with extraordinary characters. It’s a world away from the trouble back home—and Josie loves it.

Seventy years later, another new arrival in the intoxicating port city, Zoe, is struggling—with her marriage, her baby daughter and her new life as an expat in an unfamiliar place. But when she discovers a small wooden box and a diary from the 1940s beneath the floorboards of her daughter’s bedroom, Zoe enters the inner world of young Josie, who once looked out on the same view of the Atlantic Ocean, but who knew a very different Casablanca.

It’s not long before Zoe begins to see her adopted city through Josie’s eyes. But can a new perspective help her turn tragedy into hope, and find the comfort she needs to heal her broken heart?

Thanks so much Fiona. I never realised Josephine Baker’s role in the Resistance. I very much enjoyed reading your blog post on the real life characters behind your book.