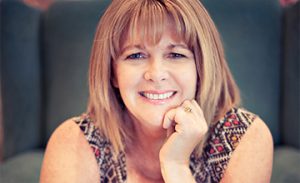 My guest today is Lisa Chaplin, author of The Tide Watchers. Lisa is a former nurse, wife and mother of three who has sold more than 1.6 million books worldwide with 20 published romance and historical fiction novels. The Tide Watchers was her first published historical fiction, published across the English-speaking world by HarperCollins. Her next historical fiction is Incomparable Shadows, a real Scarlet Pimpernel novella, and “The Memory of Cardamom” series, about the young prophetess forced to marry the king who murdered her husband. Her agent is Eleanor Jackson of Dunow, Carlson and Lerner Literary Agency in New York. You can connect with Lisa via her website, Twitter and Facebook.

Although I always made up stories as a child, I never took it seriously until my husband talked me into trying when I was raising the children. I loved it from the first (terrible) page I wrote. I’ve loved many authors through the years. I’ve found Markus Zusak, Sharon Penman, Jane Austen, Elizabeth Chadwick, Jodi Picoult, Suzanne Collins and Veronica Roth all inspiring in various ways. 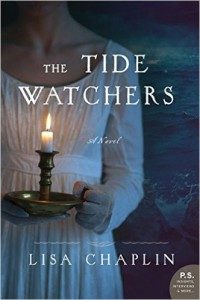 For the novella I’m about to self-publish, I read an article about the real-life Scarlet Pimpernel, and discovered he was actually in the area my characters from The Tide Watchers were in pre-war 1803. I had to investigate – and when I discovered he was in Boulogne-sur-Mer during the time Napoleon launched his secret invasion fleet, the story of Incomparable Shadows, my Tide Watchers’ novella, was born.

My current big work in progress (discussed below) has just gone through my agent’s suggested revisions, and we’re shopping it.

For me it’s less a special time period in particular than the stories hidden beneath the accepted “facts”. I’ve written stories from the hidden history of Bathsheba, King David’s final queen and the mother of Solomon, to the unknown British spies that had to find and sabotage Napoleon’s most secret invasion fleet, using only a hand-cranked submarine and a drill, to the real Scarlet Pimpernel and his trusted team finding the time and way to give those spies a signal to go.

I use the net to start, and order the books I need, and take notes. I use these as the foundation for my “pitch” that I use both to pitch my book to my agent or to editors I meet, and for the centre of my visual synopsis/timeline for my book, starting with known facts of the time, and correlating it in colour-coded order to each of my characters. I always try to visit as many of my settings as possible. My HarperCollins editor said she knew she’d buy the book when she felt as if she really walked in the Channel Coast of France, 1803. I was lucky enough to live in Europe for 4 years, and that knowledge of the land, animals, people, customs and seasons made the difference.

That’s not something I worry about. I’ll stick what I want to say there in parentheses, and go on. Most times, it comes back later – sometimes in the middle of the night! I keep a notepad beside me in that case.

Well, I don’t know if it’s normal or not, but once I’ve done all my prep work, I ‘hear’ my characters – mostly at night. It leaves me quite sleep-deprived at times, as I often have to get up and write it before I lose it; but it works for me. I find using a unique scent and soundtrack for each story also quite inspiring.

I’ve never tried Scrivener. I’ve often thought I will buy it for the next book, but I just start in Word, and off I go. I do my prep work in longhand, and my visual synopsis on a sheet of cardboard, which I then put in front of me on the wall, along with notes and pictures about the time period.

I take a ton of photos on every research trip, and make a rolling scroll on my iPad which I keep beside me as I write. My latest two are of the City of David in Jerusalem, and the wilderness of the En-Gedi, beside the Dead Sea. I have the same with my Napoleonic Walking Tour in Paris, and in Boulogne-sur-Mer on the French Channel Coast.

One painting I do refer to often is ‘the Death of Uriah’. This keeps his betrayal fresh in my mind. 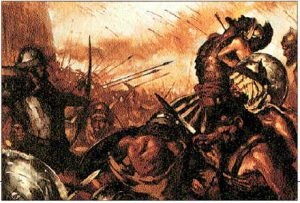 Don’t settle! If you have a big story in your mind, do your apprenticeship with courses, short stories or whatever, certainly, but don’t think a sale in a perceived easier genre of fiction will make it easier for you to sell the big historical fiction later. In my experience as a romance-to-historical author, my publishing credits only made my entrée into historical fiction all that much harder. Go for the big story, do as many courses and conferences as you need to serve your writing apprenticeship well, but never, never settle. Dream big, make the story bigger, and write it with all your heart and soul.

My current work in progress is the second in “The Memory of Cardamom” series. It’s a three-book series about Bathsheba, the last wife of King David and the mother of King Solomon. It’s not the time-worn “grand passion” that created adultery and murder. I asked myself the question, how would I feel if I truly loved my first husband, and was forced into a king’s bed, then forced to become his wife? Could I ever love my beloved husband’s murderer?

And, from David’s point of view: what made this one young woman so special that I’d risk my throne, my nation, my relationship with God and three of the best friends I’d ever had, just to have sex with her? Was it just sex with a beautiful girl? How could it be, when she was the granddaughter of my counsellor, the daughter and wife of two of my Mighty Men, men who’d saved my life?

In the winter of 1803, one woman stands between Napoleon and the fall of Great Britain.

The free-spirited daughter of an English baronet, Lisbeth defies convention by eloping to France. When her husband abandons her, she must find a way to survive and be reunited with her young son, who is in the care of her mother-in-law.

A seasoned spy known as Tidewatcher, Duncan apprenticed under Lisbeth’s father and pledged to keep his mentor’s pretty daughter safe—a promise complicated by the wily Napoleon Bonaparte. The British believe he is planning an attack, and Duncan is sent to search for signs of invasion on the French coast—where he draws dangerously close to adventurous and unpredictable Lisbeth.

A sensational new invention may shift the tide of a French victory. A brilliant and eccentric American inventor named Robert Fulton has devised a deadly weapon that can decimate an enemy’s fleet. To protect English ships, Tidewatcher must gain control of Fulton’s invention and cross enemy lines . . . but he cannot do it alone. Left with no other options, he enlists Lisbeth’s help in outwitting the American inventor and uncovering Bonaparte’s secret plans.

Going undercover for the handsome and duty-bound spy, Lisbeth risks her freedom and her life as she navigates double agents and submarine warfare to outwit the greatest military tactician in history. The only question is . . . who can she trust?

The Tide Watchers is available via Harper Collins Australia or Amazon US.

Thanks so much for giving us an insight into your ancient world series, Lisa. And delving into the world of the real Scarlett Pimpernel sounds intriguing, too!