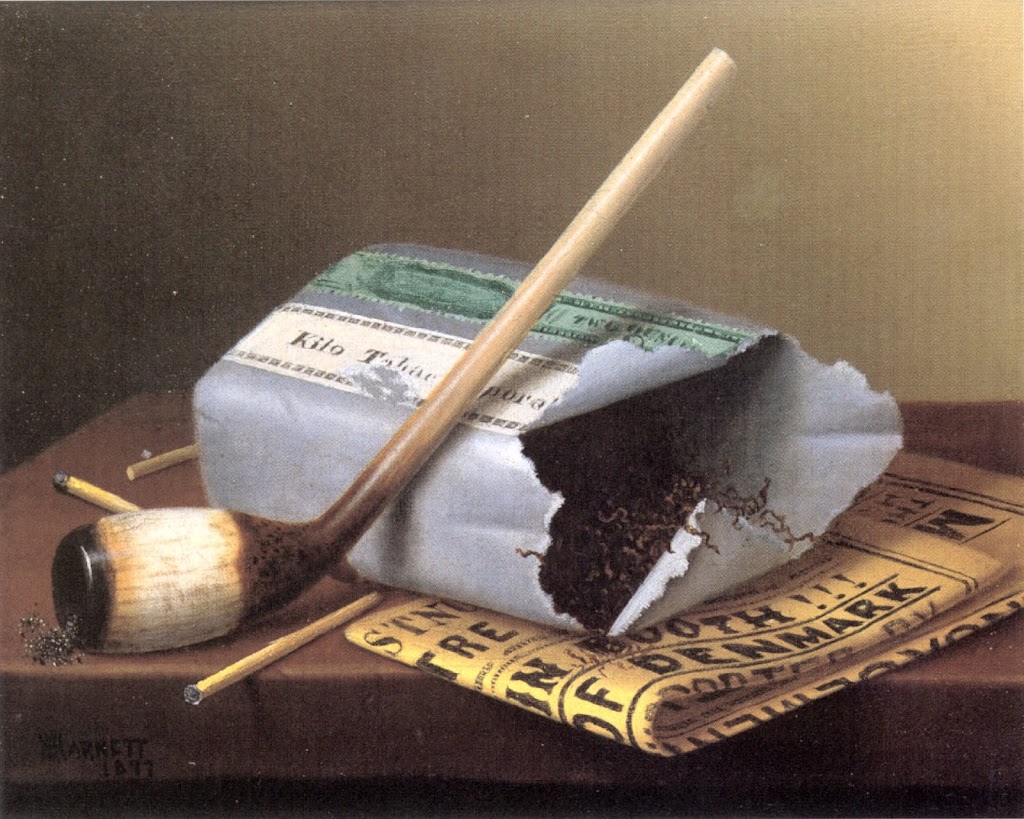 A Smoke Backstage – William Harnett
My guest today is M. Louisa Locke, a retired U.S history professor who has recently published the first two books in a series about Victorian San Francisco, Maids of Misfortune and Uneasy Spirits, both best-selling historical mysteries on Kindle. Locke blogs frequently on self-publishing, is a featured contributor to Publetariat, and is on the Board of Directors of the Historical Fiction Authors Cooperative. She lives in San Diego with her husband, a dog and two cats, and she is working the third book in her series, Bloody Lessons. You can find more about her work on her website and follow her on twitter and facebook. 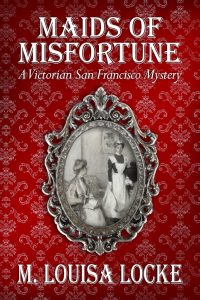 I have wanted to be a writer since I was about 12; I even put writing as my career goal in my senior high school yearbook. As a rather shy and solitary child, I found books provided me with solace, widened my understanding of the world, and entertained me, and I couldn’t imagine anything better than to do something that would bring the same kind of joy to others. While I eventually pursued a different profession, getting a doctorate in history and becoming a college history professor, I never lost my dream of being a writer. So, when I semi-retired from teaching, I pulled out a draft of a book I had been working on for years and rewrote and published it. This book, Maids of Misfortune, set in 19th century San Francisco, weaves in the details I had learned in writing my doctoral dissertation on working women in the American west into a light romantic historical mystery, and it has been unexpectedly successful. It may have taken me fifty years to realize my dream, but it has certainly been worth the wait. 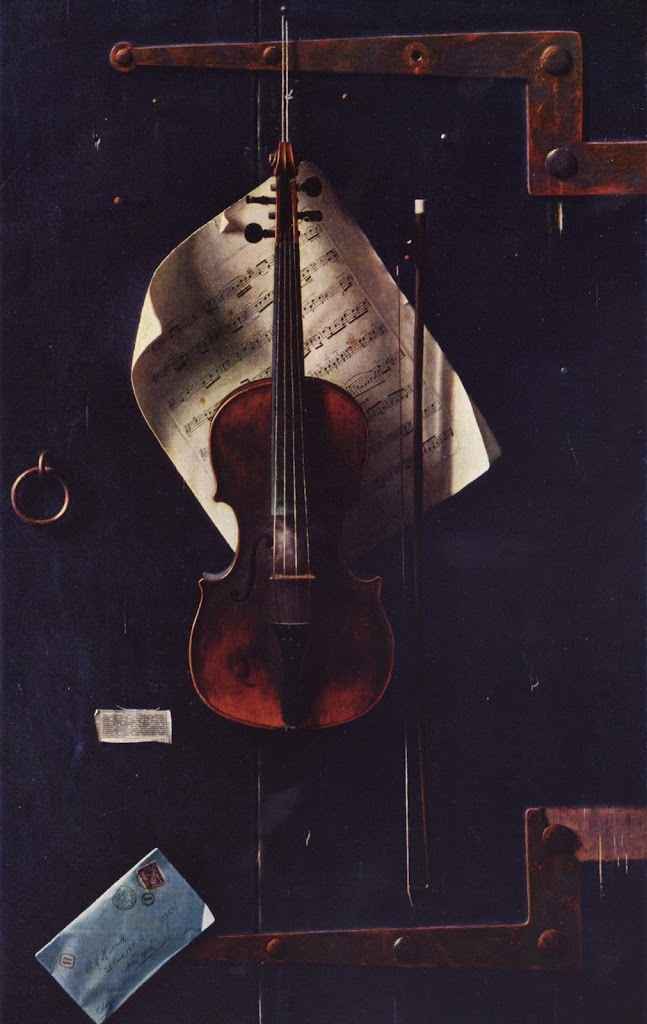 Still Life: Violin and Music – William Harnett
What advice would you give an aspiring author?
My main advice is to write the stories you would want to read. You are going to have to live with the world and characters you create for a long time, so make sure you enjoy the process. Second, make sure you develop a team of people (and this should include professional writers-perhaps as part of a writers group) who will be willing to read your work and comment on it honestly as you begin the process of rewriting and editing. Whether you are planning on submitting to an agent or editor to go the traditional publishing route or you are planning to self-publish, your work is going to have to be a mature and polished as it can if it is going to bring you success.
What is your next project?
I am just starting to outline my third book, Bloody Lessons, which will continue my series on Victorian San Francisco mysteries. While Maids of Misfortune featured details on the experiences of domestic servants, and Uneasy Spirits explored 19th Century spiritualists, this third book will look into the teaching profession––the most popular profession for middle class women and one of the few that provided a living wage for females in the period. In doing my research I have begun to discover that many of the problems that teachers are facing today were very prevalent in 1880 California (public attacks on teachers’ salaries, rising class sizes, inadequate funding, and controversies over text book content and the role of religion in the schools) as well as a number of juicy scandals that have provided me with lots of inspiration as I plot this new book. 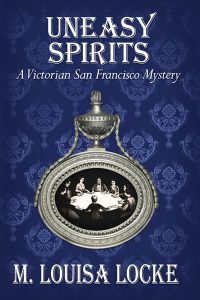 In this sequel to Maids of Misfortune, it is the fall of 1879 and Annie Fuller, a young San Francisco widow, has a problem. Despite her growing financial success as the clairvoyant Madam Sibyl, Annie doesn’t believe in the astrology and palmistry her clients think are the basis for her advice.
Kathleen Hennessey, Annie Fuller’s young Irish maid, has a plan. When her mistress is asked to expose a fraudulent trance medium, Arabella Frampton, Kathleen is determined to assist in the investigation, just like the Pinkerton detectives she has read about in the dime novels.
Nate Dawson, up-and-coming San Francisco lawyer, has a dilemma. He wants to marry the unconventional Annie Fuller, but he doesn’t feel he can reveal his true feelings until he has a way to make enough money to support her.
In Uneasy Spirits, this cozy, romantic novel of suspense, Annie delves into the intriguing world of 19th century spiritualism, encountering true believers and naïve dupes, clever frauds and unexplained supernatural phenomena.
She will soon find there are as many secrets as there are spirits swirling around the Frampton séance table. Some of those secrets will threaten the foundation of her career as Madam Sibyl and the future of her relationship with Nate Dawson, and, in time, they will threaten her very life itself.

Thanks Mary Louisa for sparing the time to share a little of your life here. You are an inspiration and great support to indie authors. Hurry up and finish Bloody Lessons.
You can buy the first two books in the Victorian San Franscisco Mysteries at Amazon.
Maids of Misfortune Amazon US , Amazon UK